Ariana DeBose: ‘West Side Story Has Been An Incredibly Healing...

This story about Ariana DeBose first appeared in the Down to the Wire Issue of TheWrap’s awards magazine.

From the moment critics first got a taste of Steven Spielberg’s reimagining of “West Side Story,” they lavished praise on Ariana DeBose for her inspired interpretation of Anita, with many reviewers, including TheWrap’s, singling it out as the best part of the film. As the awards season unfolded, DeBose received recognition from SAG, BAFTA and dozens of critics groups—and on February 8, to the surprise of absolutely no one, she became an Oscar nominee for Best Actress in a Supporting Role, making history as the first openly queer woman of color to be nominated for acting.

All of which DeBose is still processing. When asked how she’s wrapping her head around the experience, she could only reply with a tentative “Uh…” before breaking into a giddy laugh. “You should put that in the article: ‘She giggled.’”

“I don’t think you do wrap your head around it,” she continued. “I know I certainly haven’t. I was aware of the chatter around the performance even before the film had come out. I actually think you should dare to dream, but when you get this close to something that you have dreamed of, you don’t want to jinx yourself.” At the same time, she noted, “I am someone that believes in infinite possibility. If you work hard, then essentially, anything should be possible.” 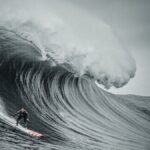 The enviable position that DeBose is enjoying right now is nothing if not the culmination of hard work combined with prodigious talent. After an auspicious television debut in 2009 on the reality competition “So You Think You Can Dance,” the North Carolina native (who has been dancing since she was 3) spent the next decade building a blue-chip career on Broadway, jumping from “Motown” to “Les Misérables” to “Pippin” before joining the original cast of “Hamilton” as the ominous Bullet. In 2018, she earned a Tony nomination for playing “Disco Donna” in “Summer: The Donna Summer Musical.” Next came small-screen roles in Ryan Murphy’s camp Netflix film “Prom,” followed by the Apple TV+ musical parody series “Schmigadoon.” And now, there’s “West Side Story,” her first major movie, in which she breathes vivacious new life into the beloved character that won Rita Moreno an Oscar in 1961.

It is a heady time, to be sure, all the more so because playing Anita has felt more personal to DeBose than anything she’s done before. In this version of the musical classic, Anita is still the force of nature who leads the show-stopping number “America” and whose sisterly bond with young, lovesick Maria is the film’s true emotional core. But the movie also adds a new dimension to her through a subtle exploration of what it means to walk through the world as an Afro-Latina, as DeBose does. And living for all those months within a story that honors Puerto Rican heritage brought the 31-year-old actress closer to the culture she’d longed for her whole life.

“I’ve made no secret of the fact that I’m a mixed-race individual,” she said. “My mother is white and my father is Puerto Rican and I didn’t grow up with access to my culture. When I was growing up, I was one of the only people who looked like me in my community. ‘West Side Story’ gave me the opportunity to completely immerse myself in a way that I had not been afforded until then. So for me, ‘West Side Story’ has been an incredibly healing project.”

Still, talking publicly about a subject as intimate and complicated as identity has sometimes been fraught. “It feels like a very vulnerable place to sit,” she said. “Because you get into feelings of not being accepted or finding acceptance (in a community). Every time I go out to promote the film or to talk about it, I sweat, I genuinely sweat. And whether it seems like it, I’m very nervous.”

Lucky for her, she has Moreno as a mentor. In addition to appearing as a new character—Valentina, the widow of the original movie’s sage shopkeeper, Doc—the veteran actress served as executive producer and resident “West Side Story” expert for all on set. Of the many pieces of advice that Moreno offered, DeBose most treasures this one: “Just be yourself, never stop being yourself,” she recalled. “(Rita) said recently at a photo shoot we did, ‘You know, sometimes you’ll be too much for some people and that’s okay. They’re not your people.’ I’ve meditated on that for a minute.”

DeBose will take that wisdom with her as she builds her career in both Hollywood and on Broadway. She already has two movies due for release this year, including Matthew Vaughn’s spy thriller “Argylle,” and she hopes that her path will allow her to continue to depict a wide range of stories that was not abundantly available when she was growing up. “I got into this business to help reflect experiences that aren’t given voice every day,” she said. “I’m aware that there are young people who will see themselves in this work. That’s what I think is really cool about this moment. If any part of my journey is inspiring to young people, then to me, that’s a life well lived.”

Read more from the Down to the Wire issue here.