Just over a week before it was set to begin, legendary goth rock and post-punk band Bauhaus has canceled all of its upcoming North American tour dates due to lead singer Peter Murphy entering rehab for unspecified reasons.

“It is with the utmost regret that the Bauhaus performances in North America have been canceled for the remainder of the year,” the band said in a statement. “Following a string of critically-hailed reunion shows across continents, Peter Murphy will be entering a rehabilitation facility to attend to his health and well-being. Please contact your point of purchase regarding ticket refunds.”

No further details about Murphy’s condition or the reason he has entered treatment have been released. 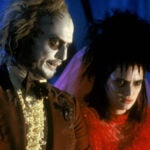 The upcoming set of tour dates was scheduled to begin Sept. 6 in Toronto and conclude Sept. 29 in Los Angeles at the Greek Theater.

This is the second interruption of North American tour dates for the “Bela Lugosi’s Dead” band; in May they postponed several dates of a spring U.S. tour due to an “unforeseen medical issue.”

Bauhaus formed in 1978 in Northampton, England and originally broke up in 1983. Peter Murphy embarked on a solo career while the other three members — Daniel Ash, Kevin Haskins and David J — went on to form the group Love and Rockets along with other solo projects. The band reunited in 1998 and have embarked on several other reunion tours.