‘Bel-Air’ Review: Will Smith Is on the Run in Laugh-Track-Free...

In the time of [unwanted] gritty reboots of established IP, it’s fascinating to see just how much a dramatic contemporary version of the ‘90s sitcom “The Fresh Prince of Bel-Air” actually makes a world of sense. “Saturday Night Live” recently parodied this very phenomenon (and the impending premiere of Peacock’s “Bel-Air”) with its “Urkel Reboot” (of “Family Matters” fame) sketch, within the context of how easily this type of series reimagining could go so poorly. But “SNL” also took on the idea of a “serious” version of “Fresh Prince” back in 2018 as well, a full year before Morgan Cooper’s short film that led to the development of this reimagining even dropped. Most notably, “SNL’s” “Fresh Prince” sketch specifically honed in on a specific aspect of the original series’ premise (and Will Smith-rapped theme song) that ends up playing a vital role in the premise of “Bel-Air”: “When a couple of guys who were up to no good / Started making trouble in my neighborhood / I got in one little fight and my mom got scared.”

You know the rest. In “Bel-Air,” however, instead of just being the thrown-away lyrical catalyst for character Will Smith to move in with his affluent uncle, aunt and cousins in Bel-Air, California, this “one little fight” looms over Will and the series, for better or worse. The “Bel-Air” Will (played by Jabari Banks, taking over for series executive producer Will Smith) is immediately ushered out of his home in West Philly after a basketball game gone wrong, with a gang leader who wants his — and his best friend, Tray (SteVonté Hart; briefly played by Don Cheadle in the original) — head for perceived slights against him. While Will is on the other side of the country, much like in the “SNL” sketch, that distance doesn’t keep the trouble from his old neighborhood at bay. Which creates some overarching drama and tension in the season, for better or worse.

Even before Cooper’s short film version “Bel-Air” — of which the bones of are very much still in the series, only more precise and professional across the board — another show suggested how the premise of “Fresh Prince” could work as a drama. The mid-2000s teen drama “The O.C.” featured Ben McKenzie as a wrong-side-of-the-tracks, fish-out-of-water teen (a la Will Smith) who got civilized by Adam Brody’s nerdy Seth Cohen (a la Carlton Banks) and Peter Gallagher’s Best TV Dad Ever (a la Uncle Phil). “The O.C.” could easily be seen as a more dramatic, whiter version of the “Fresh Prince” story. “Bel-Air” only reaffirms that status with a hero who seems a second away at any given moment from saying, “You know what I like about rich kids? Nothing.” and its decision to give the adult characters in this teen drama just as interesting of stories as the teenage ones. 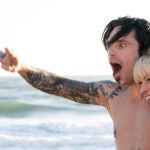 As in the original series, the draw is the culture clash between Will, his extended family and the world of Bel-Air (versus West Philadelphia). Like the real Will Smith, Jabari Banks is a West Philadelphia native; he also threads the needle between charming and goofy, as well as being both hard-headed and worthy of respect. (The former is the one thing that allows the show to get away with having Will say “jawn” in almost every other sentence.)

But the genre shift means that Banks can’t rely on broadness to win the audience over; luckily, his performance hits the right shade of every emotion he needs to play, from top to bottom. The casting of Will is arguably the one thing “Bel-Air” had to get absolutely right — and it does. That also allows the series to deviate from the original with the other characters. There are moments where Banks’ Will can seem almost too good to be true as a character — as a star athlete, academic wiz and even a surprisingly talented artist — but it’s all grounded by the series’ acknowledgment of his fatal flaw: his inability to think before he acts. As his mother, Vy (April Parker Jones), repeatedly tells him, his crown is waiting for him — but it’s with the acknowledgment that he has yet to prove he’s ready for it. “Bel-Air” is a story of maturity and coming into one’s own, even if one has to do it under the most stressful circumstances.

The biggest character shift is in the new series’ version of Carlton Banks (Olly Sholotan, taking over for Alfonso Ribeiro in the original) and the dynamic with his cousin WIll. While the original series shifted the cousin duo from playful antagonists to more of an “Odd Couple”-style pairing, “Bel-Air” revs things up by turning Carlton essentially into a villain — still short and concerned with appearances, but defensive of his status as the big man on campus. While the pilot, “Dreams and Nightmares,” has moments that humanize Carlton and show he can relax around his family, the series leans into his apparent anger issues. (These are supposedly spurred on by anxiety and a very non-original Carlton-like habit, but they are anger issues nevertheless.) While the original sitcom at times pushed back on the idea that clean cut, squeaky-clean Carlton couldn’t be considered “Black enough,” it’s difficult to see what exactly “Bel-Air” is trying to say about this Carlton when he vehemently defends his white friend’s ability to say the n-word or mocks WIll for using the “race card.”

There’s a humanity brought out of Carlton feeling as though Will is taking his crown and his family — and in Sholotan’s performance — and it will be interesting to see if the series can rein in its characterization of Carlton as the bad guy. (While Will is frustrated at times with his new situation, Carlton is the one who actually fits the “angry Black man” bill at multiple times in the first three episodes shared with critics.) “Fresh Prince” highlighted Black excellence by showing that there’s not just one type of Black person — even if they’re as goofy as Carlton — and “Bel-Air’s” version of Carlton veers dangerously into “not all skin folk is kinfolk” territory; which is a good story to tell with a character of lesser significance but a difficult one to do with a lead character whom the writers want to keep relatable. 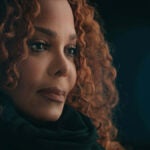 Adrian Holmes also has some big shoes to fill playing Uncle Phil. Physically, Holmes is a completely different type from James Avery, but his scenes with Banks and Jimmy Akingbola (who plays Geoffrey, the house manager) are an instant draw. Holmes shows the kind of role model and mentor Uncle Phil will be to his nephew, while Akingbola delivers moments of levity that show Black male friendship outside of the teen stories.

As for the rest of the Banks family, “Bel-Air” thrives in fleshing out its version of Will’s older cousin, Hilary (Coco Jones), as it takes the obvious career path for a present-day version of that character — an influencer — and does so in a way that doesn’t just paint her as a vapid person who wants to be famous. While Karyn Parsons was hilarious as the original iteration of HIlary, Jones brings a depth given to the character — particularly in exploring her dynamic with her mother, Vivan (Cassandra Freeman). And speaking of Aunt Viv, it’s especially refreshing to see that “Bel-Air” returns the character to her roots as a strong-minded, fierce woman with dreams and goals of her own. 12-year-old Ashley (Akira Akbar) is perhaps the one underserved member of the Banks family as the series starts up, but much like in the original, she can pull off an opinionated one-liner when the time comes.

doesn’t try to replicate the goofiness of the original.

In Cooper’s short film that inspired this project, he included a brief moment of Carlton doing the “Carlton dance” in a nod to the sitcom’s goofiness. But unlike Peacock’s stellar reimagining of “Saved by the Bell” — which is notably more of a revival — “Bel-Air” is more concerned with just playing things straight, appreciating what the original series did but forging its own path. For the nostalgic, there are Easter Eggs within the episodes, but “Bel-Air” doesn’t simply rely on a fondness for the original series to hook modern audiences. Despite f-bombs and use of the n-word, “Bel-Air” successfully frames this story in the context of a teen drama with more levity than Apple TV+’s “Swagger” and more danger and culture clashing than The CW’s “All American.” 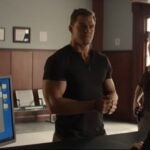