It was another contentious week in the “Big Brother” house as the Season 24 contestants dealt with the aftermath of last week’s surprise back door eviction, and it doesn’t appear that the power shots are slowing down any time soon.

Another major threat was sent home Thursday when the house guests eliminated Nicole Layog. It marked the second week in a row that The Leftovers alliance made a big move to take them all one step closer to the finale. 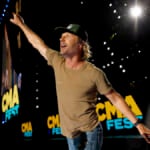 At first, the plan was to evict Snider, who has been perceived as a threat for her great social game. However, as time went on, the The Leftovers began to think that maybe it would be best to back door Layog — only that meant they’d have to put Hale back up on the block for the third time.

She wasn’t thrilled about being in such a precarious situation again, but once Capener and his festie bestie Daniel Durston won the power of veto and took Snider and Santos off the block, the alliance moved forward with the plan anyways. Taylor put Hale and Layog on the block, prompting the former to question her trust in The Leftovers alliance.

But they ultimately kept her safe another week when Layog was eliminated in a 9-1 vote, which was more overwhelming than anticipated after multiple house guests outside the alliance surprisingly voted to keep Hale as well.

Layog admitted that she wasn’t all that surprised by her eviction in an interview with host Julie Chen after leaving the house, after beginning to suspect her fellow house guests didn’t quite trust her as much as she initially thought they did. After Layog’s elimination, Hale chose to become festie besties with Santos and Snider. 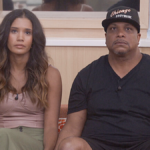