Bob Beckel, a former Democratic Party operative who later in life became a Fox News host — until he was fired in 2017 after being accused of racist comments — died Monday from undisclosed causes, Fox News said Monday. He was 73.

“My friend and spiritual brother, Bob Beckel, has passed into the presence of the Lord he loved. We did so many things together and I hope we modeled what two people of different political persuasions can be like when they love one another. For ten years we wrote the “Common Ground” column for USA Today and a book by that title. The name of his ironically titled autobiography is “I Should Be Dead.” It is a highly readable book about a difficult life that was dramatically changed in the last 15 years. I will see you soon Bob. You are loved,” columnist Cal Thomas wrote about Beckel on Monday.

Beckel was born in New York City in 1948 went on to attend Wagner College in Staten Island. Following a stint in the Peace Corp he became a graduate school professor of politics at George Washington University. But he began working in government during the Jimmy Carter administration, serving as deputy assistant secretary of state for congressional relations beginning in 1977. 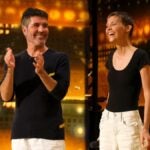 By 1984 he was tapped as campaign manager on Carter Vice President Walter Mondale’s 1984 presidential campaign. Though very successful in neutralizing Mondale’s biggest primary opponent, Gary Hart, the Mondale campaign would go on to be crushed definitively, losing by more than 15 million votes and winning just one state.

In the 2000s, Beckel started appearing on Fox News as a political analyst and in 2011 joined the network formally as co-host of “The Five.” He was let go from the show in June, 2015 after entering rehab for painkiller addiction following back surgery.

“We tried to work with Bob for months, but we couldn’t hold ‘The Five’ hostage to one man’s personal issues,” Fox News executive Bill Shine said in a blunt statement at that time. “He took tremendous advantage of our generosity, empathy and goodwill and we simply came to the end of the road with him.”

Later in 2015 Beckel moved over to CNN, but he returned to co-host “The Five” in January, 2017. However, in May of 2017 he was fired again after being accused of making racist comments to a co-worker.

Beckel’s brother is character actor Graham Beckel. He was married to Leland Ingham from 1992-2002 and the couple had two children before their divorce. He also published the memoir, “I Should Be Dead: My Life Surviving Politics, TV, and Addiction,” in 2015.