Bob LuPone, Tony-Nominated Actor for ‘A Chorus Line,’ Dies at...

Bob LuPone, a performer who was Tony-nominated for his run in the original “Chorus Line” and a founding member of the off-Broadway company MCC Theater, has died at 76 following a three-year battle with pancreatic cancer.

“The MCC Theater community mourns the loss of our much loved and uniquely inspiring partner, colleague, and dear friend, Bob LuPone, who lived fearlessly and with great curiosity, good humor, a boundless passion for connection, and a whole lot of heart,” the company said in a statement. “We will miss him deeply and always.”

LuPone was born on July 29, 1946 in Brooklyn, New York, to Angela Louise (known as Pat), a housewife, and Orlando Joseph LuPone, a school principal. He was the elder brother to Broadway legend Patti LuPone.

The actor devoted his life to the arts, from his influential career as a dancer and performer both on stage and screen, to his work as an arts educator and founding co-artistic director of Manhattan Class Company (aka MCC Theater), which he led for nearly four decades. 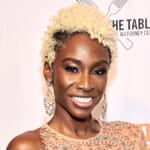 LuPone was initially cast as Al in “A Chorus Line” in its original 1975 run, but after another actor departed the production, he approached director Michael Bennett and said, “I can do that. I can play Zach.” He auditioned that day during a lunch break, and by the afternoon was in rehearsal for the role that would lead to a Tony nomination for Best Featured Actor in a Musical. “

LuPone’s love for the arts began at an early age. While in 6th grade at his North Port, Long Island elementary school, he saw his sister Patti dance at a PTA Dance Concert in a colorful hula skirt. After he told his mother how badly he wanted to wear the skirt, she told him he’d have to enroll in dance class if he wanted to pursue that path seriously. A year later, he was taking tap lessons after school and later enrolled in the Martha Graham Studio, where he studied under Antony Tudor, José Limon and Graham herself, from ages 15 to 18. While in high school, he also excelled at oboe, ranking ninth best in New York State. “The problem of my whole life,” he once said, “was figuring out what I wanted to do.”

After graduating, he enrolled at Adelphi University, where he stayed for two semesters. At the suggestion of a friend, he went to an audition for Juilliard, where he was accepted with an improvised audition. He graduated from the prestigious college with a BFA in Dance in 1968. 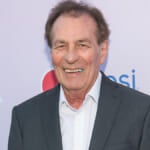 His first professional job was in 1966, in the ensemble of the Westbury Music Fair’s production of “The Pajama Game” starring Liza Minnelli. He made his Broadway debut the year of his graduation in Noel Coward’s “Sweet Potato,” subsequently appearing in “Minnie’s Boys,” “The Rothschilds” and “The Magic Show.”

After more than a decade of booking musicals as a dancer (often performing through injuries, one of which left him paralyzed for 11 days), he became a member of the Actors Studio to hone his skills. Never gelling with the studio’s philosophy, he soon left after having a fight with a member who said, “Well if you don’t like it, go start your own theater.” A few years later, LuPone met Bernie Telsey, one of his acting students at New York University, with whom he would later form the Manhattan Class Company.

MCC was led by LuPone, Telsey and Will Cantler, who shaped it into an influential Off-Broadway nonprofit that has since put on productions of “Frozen,” “Hand to God,” “School Girls; or African Mean Girls Play” and the Pulitzer Prize-winning “Wit.”

“Whenever we considered a play, Bob always made us ask ourselves if it had a ‘third act,’” Cantler said. “Would we walk out of the theater anxious to go to the bar or restaurant and spend the rest of the night hashing over what we had seen? That perspective has animated every decision we’ve ever made.” 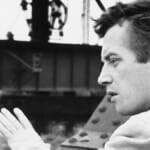 Telsey, who is one of the biggest names in Broadway show casting, added, “Bob was fiercely opinionated about plays, and just as fiercely unedited in his note sessions. If Will or I sometimes paused about how or when to give a note, Bob always trusted that charging straight in with passion and candor would win the day, and we came to learn just how often he was right. If we fought often and loudly in our early days, we could never let go of each other and what we were building. The unruly passion of those days ripened into a trust of talking and listening that we hope permeates the whole culture of MCC today.”

LuPone notable acting credits include Broadway productions of “A View from the Bridge,” “True West” and “A Thousand Clowns,” as well as the Chicago premiere of Sam Shepard’s “The Tooth of Crime” for which he won a Joseph Jefferson Award. Some of his TV credits include “The Sopranos,” “Sex and the City,” “All My Children” (for which he received a Daytime Emmy nomination) and “Guiding Light.”

Continuing in his role as an educator, he also served as the Director of the MFA Drama Program at the New School for Drama from 2005 through 2011. He was President of the Board of Directors of A.R.T / New York. In January 2019, MCC opened the Robert W. Wilson MCC Theater Space on 52nd Street and 10th Avenue.

That same year, in an interview for the Primary Stages Off-Broadway Oral History Project, he said of his time in the theater community, “There’s no better life. Despite the cost, there’s no better life than a life in theatre in New York City, with the community, with the ups and downs, with the fullness of life and creativity that you experience. Both positive and negative, with the joys and sorrows of inspiration. That’s the reason to do any of this. And it’s a great life.”

LuPone is survived by his wife Virginia, his son Orlando, sister Patti, brother William and a loving community of extended family, friends and artists. 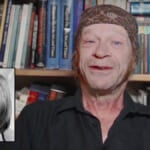