Although they didn’t debate face-to-face, the two politicians each gave landmark interviews where Bolsonaro’s unfounded claims of electoral fraud were a key point of contention.

During a 40-minute interview on Journal Nacional, an evening news program that has the highest ratings in the country, Bolsonaro once again made claims about electoral fraud in Brazil. He did not provide any evidence.

Bolsonaro, a former army captain, also said he believes the military should have a role in deciding the transparency of the vote.

“The results of the vote will be respected, as long as the election is clean and transparent,” he said.

As the president’s speech went to air on Monday night, residents in Brazil’s largest cities could be heard banging their pots and pans outside their windows, shouting “out with Bolsonaro.” 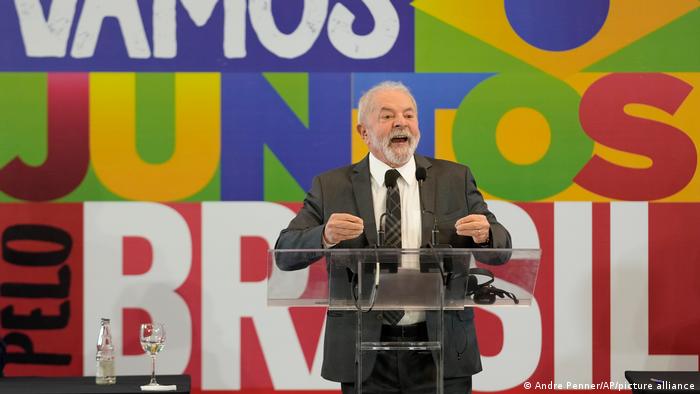 ‘He’s a cheap copy of Trump’

Earlier on Monday, Lula, who has consistently led opinion polls, gave his first press conference to foreign journalists since his presidential campaign officially kicked off earlier this month.

Lula accused Bolsonaro of spreading “fake news” about the electoral system, and slammed the president’s supporters for spreading falsehoods about the religious beliefs of both himself and his new wife, Rosangela da Silva.

“He’s a cheap copy of Trump,” Lula said of the far-right Brazilian president.

Lula also pledged to combat deforestation and illegal gold mining in the Amazon if elected.