Rock legend Carlos Santana passed out onstage and had to be escorted off by medical personal during a performance Tuesday at the Pine Knob Music Festival.

Multiple attendees reported that he appeared to have recovered quickly and in one video, which we’ve embedded below, he can be seen waving to the crowd as he was escorted off stage. 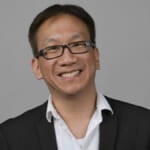 The show is the latest stop for Santana in his Miraculous Supernatural 2022 tour alongside Earth, Wind and Fire.

According to Fox Detroit reported Roop Raj, the crowd was asked to pray for Santana, though the exact nature of his medical situation has not been disclosed.

Detroit News reported that Santana was performing his song “Joy” when he passed out. Shortly after, the lights dimmed and the audience was informed the performance was over.