One of China’s biggest-ever banking scandals unfolded as people were swindled out of their savings after being lured with false promise of high interest rates on deposits in six rural banks in central China’s Henan and neighboring Anhui province.

According to authorities, the alleged mastermind, Lu Yiwei, and his associates in some cases offered interest rates as high as 18% annually.

Following regulator crackdown, four banks in Henan province suspended cash withdrawals in April, freezing thousands of customers from accessing funds in their accounts. These led to protests that, at times, ended in violence.

Police said Monday along with the arrests “significant progress” was being made in recovering stolen funds.

“At present, the public security organs have apprehended a large number of criminal suspects, among whom 234 were arrested,” a Xuchang city government statement said.

The scale of the fraud caused a massive dent in public confidence in China’s financial system, analysts said. 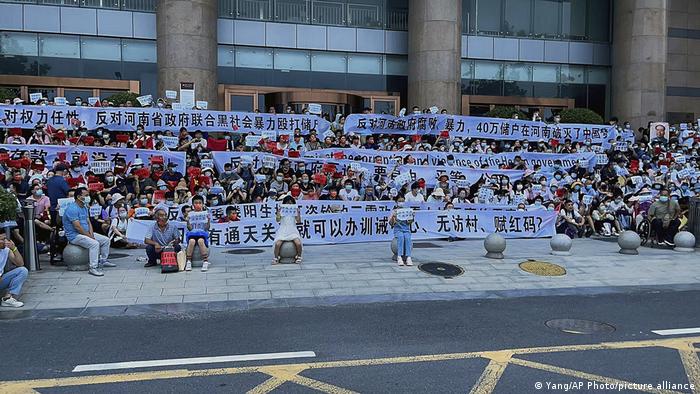 Authorities scrambling to contain the damage from the scandal announced that depositors will be repaid. The repayments started in mid-April.

The scandal drew national attention in China after investors seeking answers suddenly found their mandatory COVID-19 phone apps altered to status that confined them to their homes, preventing them from legally going to the banks.

Later in July, the protesting investors were attacked by men in white shirts as police stood watching.

Multiple bank customers told AP that they had been interrogated and threatened by police.