Chris Huvane, a partner at the Hollywood talent firm Management 360, has died at age 47.

According to Deadline, which first reported the death, the cause was an apparent suicide. The L.A. County Medical Examiner’s office did not immediately respond to a request for comment. 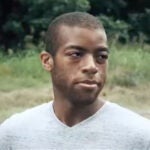 “We are devastated beyond words this morning, Chris was simply ‘the best of the best,” Huvane’s partners at 360 said in a statement. “A brilliant manager, consummate colleague and friend, a rock of our company and our culture, beloved by every single person who ever met him. It’s an incalculable loss and our hearts go out to his family and friends. We are all better for having known Chris, and we commit to honoring his legacy everyday forward.”

After starting his career in public relations, the New York native became the senior West Coast editor for GQ magazine. In 2010, he transitioned into talent management at 360 and was promoted to partner five years later in 2015.

Huvane is survived by his wife Cole, and his brothers.

The National Suicide Prevention Lifeline 1-800-273-TALK (8255) is a free, 24/7 confidential service that can provide people in suicidal crisis or emotional distress, or those around them, with support, information and local resources.