‘Encanto,’ ‘No Time to Die’ Win at Society of Composers...

“Encanto,” “The Green Knight,” “Don’t Look Up” and “No Time to Die” were honored for their music on Tuesday night at the Society of Composers & Lyricists’ third annual SCL Awards, which were held at the Skirball Center in West Los Angeles.

Germaine Franco’s score to “Encanto” won in the Outstanding Original Score for a Studio Film category, where she beat three fellow Oscar nominees: Nicolas Britell for “Just Look Up” from “Don’t Look Up,” Hans Zimmer for “Dune” and Jonny Greenwood for “The Power of the Dog,” along with Alexandre Desplat for “The French Dispatch.”

In the Outstanding Original Score for an Independent Film category, Daniel Hart won for “The Green Knight” over a field that included Oscar nominee Alberto Iglesias for “Parallel Mothers.” 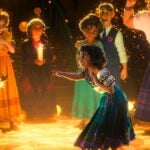 The two awards for movie songs went to Billie Eilish and Finneas O’Connell for the title song to the James Bond movie “No Time to Die,” and Britell, Ariana Grande, Scott Mescudi and Taura Stinson for “Just Look Up” from “Don’t Look Up.”

In the first two years of the SCL Awards, score winners have gone on to win the Oscar for Best Original Score both times, while song winners have not.

Other winners included Cristobel Tapia de Veer for the score to the television series “The White Lotus” and Hildur Guđnadóttir and Sam Slater for the music to the interactive game “Battlefield 2042.” 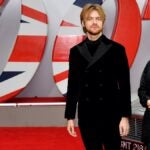 The ceremony was hosted by Aloe Blacc and included performances by Abigail Barlow and Emily Bear, Judith Hill, and the Carter Burwell Ensemble.