Fact-check: How safe are herbal abortifacients?

After the US Supreme Court overturned Roe v. Wade in June, many US states moved to ban abortions. In countries like El Salvador, Egypt, Iraq and Madagascar they already are illegal. Recently, users have started posting advice on social media, chiefly TikTok and Instagram, about how to induce abortions at home using parsley, black cohosh and fleabane. Some have claimed papaya and other fruits could be used as well. But are any of these herbs and fruits suited to inducing abortions? And if so, are they safe?

Claim: A TikTok user recently shared the following post: “Are you in a state that has just placed a ban on abortions? Herbs work as medicine as well.” Down below in the comments section, she claimed mugwort, parsley and lycopodium could be consumed to induce an abortion.

Women may try to induce abortions by eating herbs, brewing herbal teas, applying herbs vaginally or injecting herbal extracts. Experts says women have used such methods in the past and warn they can be potentially dangerous. “I must warn all women against using plant-based products to induce abortions because their effects are unpredictable,” says Roland Seifert of the Institute of Pharmacology at the Medical University of Hannover.

There are very few studies examining the efficacy of herbs and other plants for inducing abortions. One reason for this stems from the fact that women wishing to terminate pregnancies have been found to mix herbs, varying the quantity and timing of their intake, and sometimes undertaking self-inflicted instrumental manipulations as well, according to a study by the Oriental Republic of Uruguay University.

While the ingestion of herbs was found to sometimes induce abortions, this involved a “risk of severe morbidity and mortality.” This is confirmed by Larissa Leibrock-Plehn, who wrote her doctoral thesis on the history of herbal abortifacients. “There can be no safe abortion using plant-based products,” says Leibrock-Plehn. Attempting to do so will either prove “ineffective, or dangerous, depending on the dose.”

Around 45% of all abortions are unsafe, says the World Health Organization (WHO). Such abortions are typically carried out without medical counselling, and are conducted by individuals lacking the necessary expertise, who may carry out the procedure incorrectly or in an unhygienic fashion.

Herbal remedies for terminating pregnancies can be lethal

The above-mentioned study from Uruguay examined 86 cases of self-induced abortions using herbs. It found some of the women suffered multiple organ failures leading to death. Others sustained liver and blood disorders.

A 1980s study by the Center for Disease Control in Atlanta found that individuals attempting an abortion using herbal remedies may consume more such products if the desired effect is not achieved, thereby increasing the risk of poisoning. This could harm the health of a fetus if an abortion is unsuccessful.

Despite these known risks, some social media users have recommend consuming a range of herbs to terminate unwanted pregnancies at home. Here, we take a look at four of them.

On the internet, some claim that parsley, a herb commonly used to season soups and other dishes, can be used to terminate pregnancies. Indeed, the Uruguay study did find women had used the herb for this purpose, at times in combination with other plant-based remedies. Parsley contains apiol and myristicin, two oils that can be toxic. 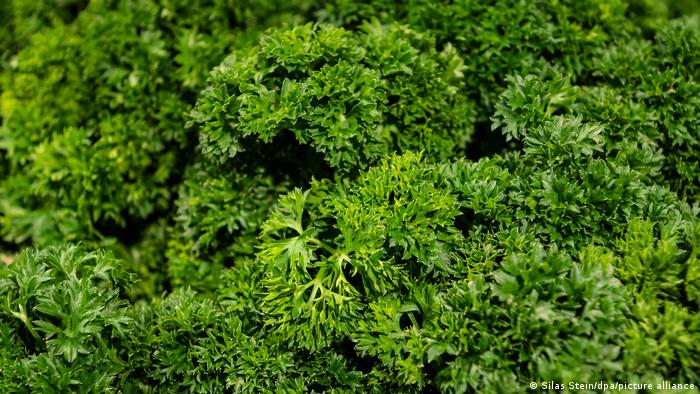 The paper found that some women who had used parsley and other herbs suffered multiple organ failure. Applying the herb vaginally may also cause bleeding, warns Seifert.

Chemical components contained in parsley could enter a woman’s bloodstream through vaginal tears, causing a range of side effects. This may lead to multiple organ, liver, kidney or cardiovascular failure, says Seifert. “You do not know how much of these substances are in your body, and so the effect becomes unpredictable.”

Doctors and toxicologists warn against consuming pennyroyal to terminate pregnancies. On Twitter, toxicologists Josh Trebach called the herb “incredibly dangerous” as it can cause “liver failure, seizures and death.” Women have died from consuming pennyroyal

This is backed up by the National Library of Medicine, which states there is “some evidence that pennyroyal oil can cause abortions by causing the uterus to contract. But the dose needed in order to cause an abortion could kill the mother or cause life-long kidney and liver damage.” Cases of pennyroyal poisoning and death have been documented.

For centuries, indigenous peoples in Indonesia, Malaysia and Myanmar have been using papaya as an abortifacient. A study using rats published in the British Journal of Nutrition found that the consumption of ripe papaya does not induce abortions. Semi-ripe or unripe papaya, however, contains higher concentrations of latex, which can induce spasmodic contractions of the uterine muscles. The authors conclude that further research is needed, as insights gained from animal studies are not always applicable to humans. 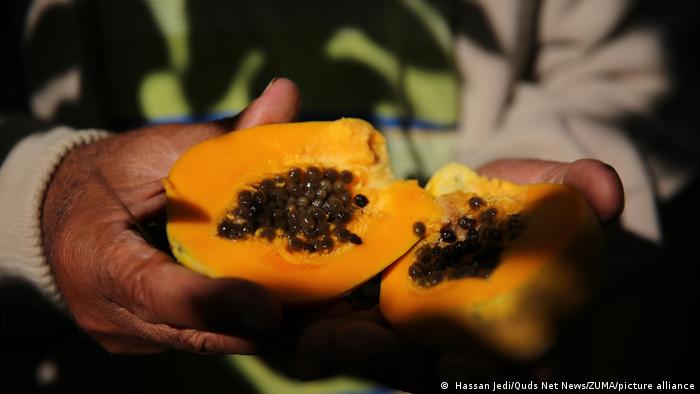 Papaya has been used by indigenous peoples in Indonesia, Malaysia and Myanmar to induce abortions

Eating ordinary, ripe papaya poses no risk of inducing abortions, says Seifert. “If you let a papaya ferment, of course toxic substances will occur in the fruit,” according to the pharmacologist. These, he says, pose a risk to fetuses and mothers alike.

Black cohosh has also been recommended on social media as a herbal abortifacient. A study by the University of California and Ibis Reproductive Health confirmed that some individuals have tried using the herb to terminate pregnancies. Whether it actually acts as a abortifacient remains unclear, as no evidence points in this direction. Very little research has been conducted in this field. 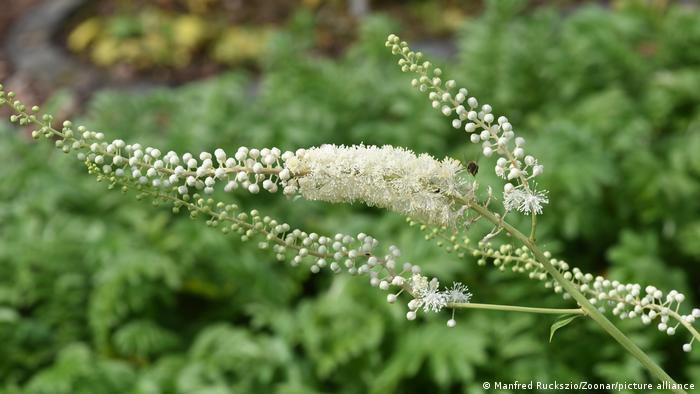 So far, black cohosh has been studied mainly in connection with treating women experiencing menopause. The herb is often used to treat estrogen depletion effects. Black cohosh extract is processed into pills and administered to patients, says Leibrock-Plehn.

Sometimes, black cohosh is consumed to induce labor. There is at least one documented case, however, where the herb caused severe adverse effects in a newborn.

Claiming that certain herbs and plants can be used as abortifacients is misleading. Some may cause poisoning which in turn may lead to an abortion. This, however, can put the lives of pregnant women at risk. Opting to use plant-based remedies to terminate pregnancies is therefore unsafe and potentially lethal.