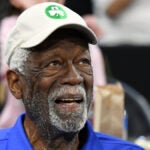 “Never thought I’d ever have to make this type of post. My baby is missing please help me find her. I can’t breathe,” Jocinda Benjamin wrote on Instagram Sunday evening.

The post included a broken heart emoji, along with the photo of Jaida shown above. The actress is described as 5 feet 3 inches tall, weighs 115 pounds, and wears her hair in locks.

Anyone with information was urged to call local authorities.

Jaida played Kelly on Netflix’s “Family Reunion.” Her IMDb page says the Charlotte, North Carolina native has been acting for 15 years. Among her other credits are guest roles on the television series “Insecure,” “The Fosters,” and “Stuck in the Middle.”