‘Fight Club’ Censored Ending in China Has Been Restored Following...

David Fincher’s “Fight Club” has been restored in China to include the original ending after censorship of the final fight scene by Tencent Video sparked backlash.

Before the Chinese streaming service began running the 1999 Brad Pitt classic last month, Ed Norton’s narrator killed off his imaginary alter ego Tyler Durden (Pitt), but not before Tyler was successful in his plan to destroy the global financial system by having his secret organization, Project Mayhem, blow up multiple buildings containing credit card records. 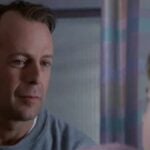 But, to follow strict Chinese censorship rules that require criminals to be arrested, the ending was completely changed. Replacing the climactic scene was a black screen with the message: “The police rapidly figured out the whole plan and arrested all criminals, successfully preventing the bomb from exploding. After the trial, Tyler was sent to a lunatic asylum receiving psychological treatment. He was discharged from the hospital in 2012.”

The censorship caused an uproar in China among its film fans and word quickly spread across the globe, bringing embarrassment to the country. Eleven of the approximately 12 minutes cut have been edited back in, with only the final frontal nudity shot and some sex scenes between Norton and Bonham Carter left out.

Censorship of American films and TV shows at the behest of Chinese officials has become common as Hollywood has made in-roads in the country over the past decade. Last year, an episode of “The Simpsons” in which the titular family visits China was removed from Disney+ in Hong Kong over a joke made in the film about the Tiananmen Square protests in 1989 and the Chinese government’s censorship of the event.