Film Academy Gets Zero Stars From Critics for Cutting 8...

On Tuesday the Academy of Motion Pictures Arts and Sciences announced that it would cut 8 categories from the live portion of this year’s Oscars broadcast, apparently in an attempt to shorten the broadcast length.

While it remains to be seen how rank and file normies will react once the show airs, the overwhelming response from within the industry, media and from invested fans was fairly intense outrage over what many critics said was an insult to the people in the affected categories.

Many people dinged the Academy for a decision they argued won’t actually bring in new viewers but might alienate the viewers that keep tuning in. Others pointed out that five of those categories — film editing, makeup and hairstyling, Music (original score), production design, and sound — are actually the crafts without which film as we understand it wouldn’t exist.

Still others argued that some of those affected categories actually are popular with general audiences, particularly original score. But of all the axed categories, editing seems to be the one industry people and media felt was the most egregious. For example, New York Times columnist Jamelle Bouie said, “film editing is literally what makes a movie a movie.”

Meanwhile, “Rick and Morty” writer Heather Ann Campbell summed things up thusly: “My favorite way to watch a movie is without any edits, just raw footage — unstructured and out of sequence — with every take that was shot. non-linear, without story. this is why film editing isn’t important to the final product and why the Oscar should be awarded in an alley.” 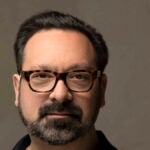 And well, we’ll just let the critics speak for themselves.

Some people did make a decent argument that this won’t matter too much, long term, however, like Axios (formely of TheWrap) reporter Tim Baysinger.