FX Boss Says He Canceled ‘Y: The Last Man’ Because...

John Landgraf, the chairman of FX, says he canceled “Y: The Last Man” after just one season because “its audience decline was really, really, really steep.”

“One of the key things we assess — and we have assessed for as long as we’ve been doing this — is the trajectory of a television show across a season from its first to its last episode,” Landgraf said of the one-and-done FX on Hulu series.

“I really loved ‘Y: The Last Man’ personally…but I will tell you that its audience decline was really, really, really steep,” he added. “And ultimately that’s what made us go that direction.”

TheWrap reached out to FX to request a look at those audience declines, but we did not immediately hear back. The show only streamed on Hulu, which makes viewership numbers harder to come by. 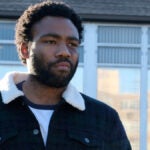 “Y” had been in development for years and years before it finally made it to the screen. “Y: The Last Man” was an adaptation of the popular comic book series of the same name by Brian K. Vaughn and Pia Guerra.

Showrunner Eliza Clark, who took over as showrunner after original showrunners Michael Green and Aida Mashaka Croal departed in 2019 over creative differences, attempted to find the TV adaptation a new home following its cancellation. There were no takers.

“For those of you who have been asking me: we tried really hard to get another platform to pick up Season 2 of Y. But sadly, it doesn’t look like it’s going to happen,” Clark posted in a lengthy Twitter thread last month. “It is always incredibly difficult to move a show, and in recent years, it has only gotten harder.” 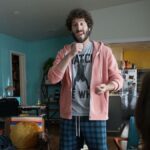 Set is in a world where a cataclysmic event has decimated “every mammal with a Y chromosome but for one cisgender man and his pet monkey.” While trans people weren’t a big focus of the original comic, which ran from 2002 until 2008, it was noted that trans men survived because they didn’t possess a Y chromosome.

Clark told TheWrap in September 2021 that saw the series’ version of the story as an opportunity to change how the original text thought of gender, which has seen longstanding stereotypes shatter in the 20 years since the comic.