Amid the rubble in the graveyard of the St. George Monastery in Mosul, a freshly painted white grave with a small red cross has become a sign of hope and perseverance.

After the Islamic terror group “Islamic State” (IS) destroyed both the graveyard and the monastery in 2014, financial aid from the US has helped rebuilding the site, along with the monastery of the Chaldean Antonian Order of St. Hormiz outside the city.

“IS used the monastery as a prison for Yazidis. One of the monks’ cells was in use as a mosque, and the brass statue of Saint George was melted down,” Samer Soreshow Yohanna, the abbot of the Chaldean monastery, told DW.

Luckily, he said, on the day of the invasion in June 2014, two monks were able to leave with the most valuable old manuscripts.

The abbot is now overseeing the rebuilding of churches. In Nineveh province alone, no fewer than 14 Christian buildings, belonging to different denominations, were destroyed.

The abbot recounts how, at the monastery, IS hired someone to remove the marble from the church on top of the hill. “When he used explosives, the dome turned over and killed the man,” he said.

And then, after the liberation in 2017, civilians stole whatever IS had left behind. It hurt the young priest, as he came here often as a boy; his father and sister were also buried in the now ruined graveyard. 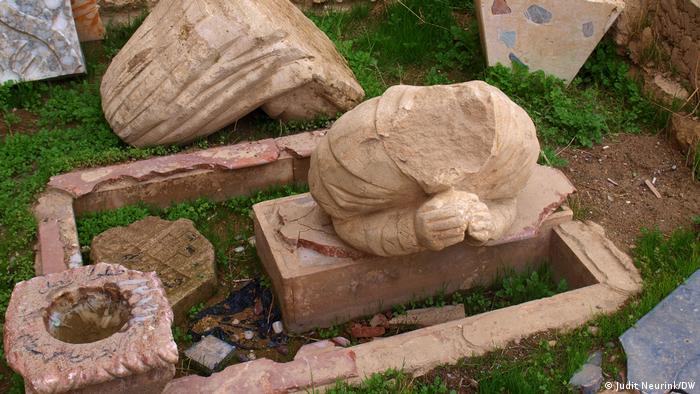 Back in 2014, IS destroyed the St. George Monastery in Mosul and the nearby cemetery

Most of his family — like so many Iraqi Christians — had left Iraq even before IS came to power. In the years after dictator Saddam Hussein was toppled, their numbers fell from around 1.5 million down to 400,000 at most.

“For the daily Mass, we now use one church with one priest. That’s enough for the whole city,” said Abbot Samer. But the restoration of other churches is proceeding nonetheless, mostly with foreign aid.

Before the Chaldean Bishop of Mosul, Najib Mikhael Moussa, celebrated the first Mass in the rebuilt church of St. George’s Monastery, he had already formally reopened the Church of the Apostle Paul in Mosul.

In his opening words, he reminded the Iraqi officials and military officers who had joined civilians to celebrate the reopening that it was the local Muslims who cleaned up the churches after IS left. “Building bridges is not easy, but I am sure Mosul will be better than it was,” he said. 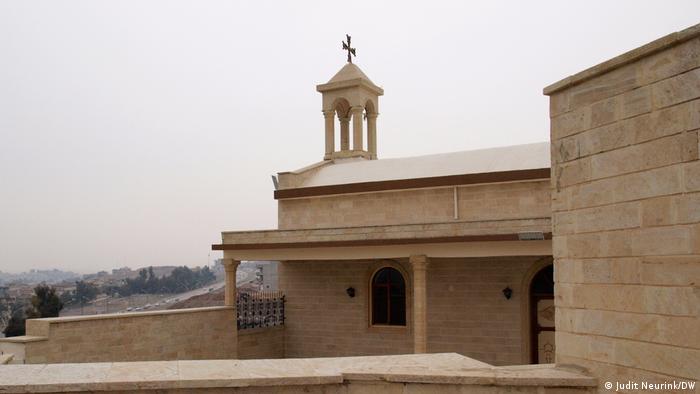 Financed with US aid, the Church of St. George has been rebuilt

The bishop also passed on the instructions Pope Francis had given him when he visited Mosul in 2021: Work hard and make the city better and safer.

“We want Christians to return voluntarily,” he told DW.

The pope’s visit, and the broad support it received from Iraqis, has been a beacon of hope for Iraq’s Christians. As the pope pointed out, the reduction in the size of the Christian community had caused huge damage, “not only to the individuals and communities involved, but also to the community they left behind.”

And that is why it is so important to rebuild churches and monasteries, even if there aren’t enough Christians to fill them, said Bishop Najib’s deputy, Father Boulos Thabet Habib.

Not just because some of them date back to the fifth century, but because this is heritage which belongs to Nineveh — and not only to the Christians. “Rebuilding that heritage means rebuilding the whole community,” he said.

Mosul has to regain its diversity, with Muslims and Christians living alongside Yazidis once again, said Father Boulos Thabet Habib. “For diversity sends out a powerful message against terrorism, against IS. If Christians return, it is a sign for Muslims, too, that it is safe,” he said.

In the Christian town of Karamlesh, outside Mosul, where the deputy bishop is based, of the once 1,200 families who lived there before IS, only 190 have returned.

While the deputy bishop admits he cannot force people to return, he also said that throughout history “this is what we Christians did, many times. In the wake of destruction, we come back to rebuild.”

His people now mainly want to erase the scars of the IS occupation. Everything has to go back to how it was, or better. That is the psychology of the Iraqis, the deputy bishop said. “They want to erase the past. They feel that painful memories make people feel bad.”

That is why a call to save the overturned dome of St, George’s Church, as a symbol of the miracle that occurred, received only little support. People thought it more important to repair the damage than to remind themselves of how the person who tried to destroy the dome had been punished. 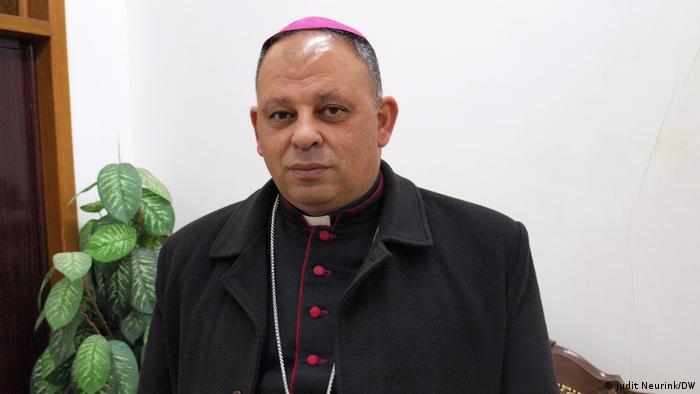 It’s important to rebuild churches, even if there aren’t enough Christians to fill them, said Father Boulos Thabet Habib

Moreover, it was the bishop himself who decided that the clockt ower should be kept just as IS had left it in the church he had rebuilt at Karamlesh. The new bronze bell — IS members stole all the bells to melt them down — now hangs in an open, concrete tower and is operated by hand. For the deputy bishop, this symbolizes what his community has survived, as well as its survival.

At the same time, it’s important to counter the image that, with the Jews leaving Iraq in the last century, it’s now the Christians’ turn, said Abbot Samer. “Like the Christians, Jews were an important part of Mosul.”

To prevent history from repeating itself, reconciliation has become of the utmost importance, he said. “We talk about the ties between us and the Muslims, but the wounds have not yet healed. Muslims have suffered more — we only lost our properties,” he said. 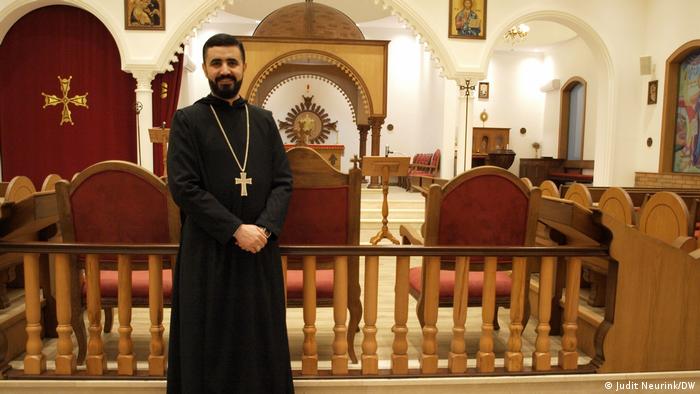 Many Christians from Nineveh have built new lives in the neighboring Kurdish region in Iraq, mainly in Ankawa, the Christian enclave of Irbil, its capital. Even Abbot Samer has his seat there, in a newly built monastery housing Chaldean priests who fled from Baghdad and Mosul.

He admits that many Christians fear that violence will return. “They only come back to Mosul to work, they won’t live here. Those who go back are businessmen, to farm their land or to arrange for their pension. And they usually have no children,” he said.

That is why the clergy must set an example and rebuild. “To give hope, we go first. We could say: go back and rebuild, and we will join you afterwards. But no, we need to do this together,” he said.

Abbot Samer agrees with Pope Francis, who said, after leaving Iraq, that he had seen with his own eyes that “the church lives on in Iraq.”

“My mother wants me to buy a house for her in Ankawa,” said the abbot. “My sister has already visited me here five times. The community can grow again, if people see signs of hope. If we build, we will make our own destiny.”

This article was originally written in German