Named after the magical steed on which the Prophet Muhammad is said to have flown from Mecca to Jerusalem, the train makes the journey between Tangier and Casablanca in barely two hours.

Its inauguration in 2018 was a dream come true for Morocco.

The dream is shared by the African Union (AU) but on a much bigger scale. Nine years ago, it launched the mega-project: The “African Integrated High-Speed Railway Network.”

The aim was to build a continent-wide high-speed network by 2033, connecting important major capitals and regions. More connections are to be added by 2063. 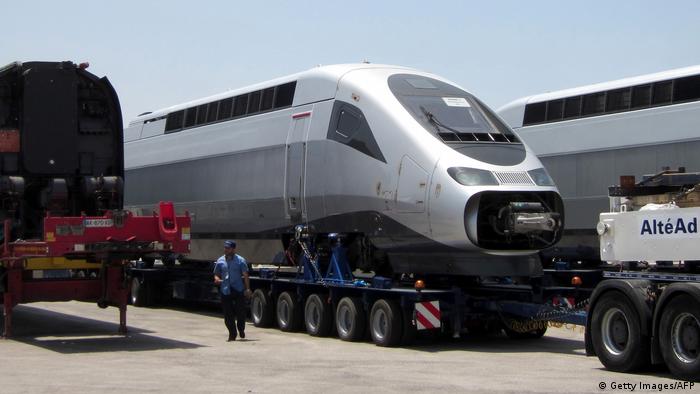 A long way to go

The first part of the plan includes 19 connections with a total length of 16,970 kilometers.

“25 % of the kilometers of track in the overall plan that are to be implemented in this period of time are to be realized,” Younes Touitha from the AU development agency NEPAD told DW.

The AU has chosen three connections as pilot projects: From the Tanzanian port of Dar es Salaam to Rwanda’s capital Kigali, Kampala in Uganda to Bujumbura in Burundi, and South Africa’s economic hub Johannesburg to Walvis Bay, in Namibia via Botswana’s capital Gaborone.

Eleven other projects will be subjected to a feasibility study as soon as possible, according to the AU action plan, which was presented in Kenya at the beginning of 2022. But so far, the plan remains on paper.

In reality, the construction of new rail lines in Africa need to overcome many obstacles.

“Much depends on the region or country in question,” said Touitha. “If by 2030 we achieve about 60 to 70% of our planned goals, then that will be good.” 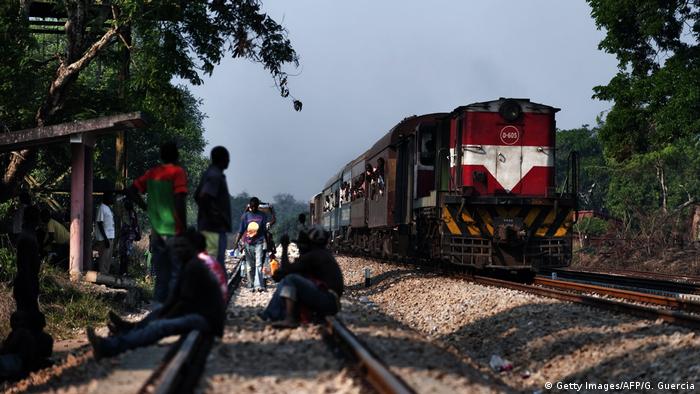 In many parts of Africa, the rail networks date back to colonial times. Originally, they were not built for passengers, but to transport raw materials such as timber or gold to the ports and ship them to Europe.

Today, the railroads serve other purposes, like facilitating trade and mobility between African countries. But finding the funds to implement the projects is difficult, explainedTouitha.

So far, most of the newer sub-Saharan projects have been financed by China. One example is the new high-speed trainlinking Kenya’s main port of Mombasa to the capital, Nairobi.

One drawback is that Chinese credits compound the countries’ foreign debt. Some experts fear that servicing this debt will put a critical strain on many national budgets.

Morocco’s Al Boraq high-speed train was financed by European loans and a grant from the national treasury.

African governments are pursuing the expansion of railway infrastructures in their own interests — and not necessarily as a result of the AU plan, explained George Kaulbeck from the Canadian consulting firm CPCS.

“Maybe the plan had some influence, but they [the governments] are looking more to the benefits of a transcontinental railroad, to be part of it,” he told DW.

“In most cases, they were developed in the national interest, and in some cases, they are, or soon will be, transboundary.”

CPCS developed the outline plans for the Pan-African rail project in 2018 on behalf of NEPAD. The company is now researching the feasibility of more railway lines, including a potential route from Ethiopia to Sudan.

Governments must often enter international partnerships to build the lines, Kaulbeck said. But while implementation takes time, there has been progress: The line between Ethiopia and Djibouti is now electrified. Tanzania is now constructing a high-speed train line.

Ghana also wants to update its railway system after decades of decay. Accra will build a 340-kilometer line between the Takoradi seaport and Kumasi which lies further inland interior. The project is valued at $3.2 billion (€3.35 billion), and the German railway company Deutsche Bahn is one of the participants. Among the creditors is Deutsche Bank. 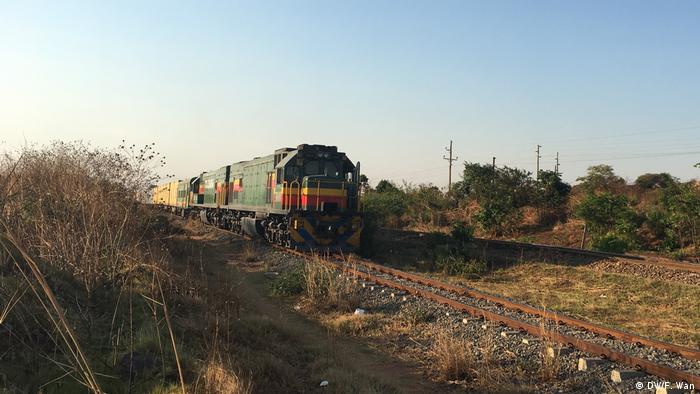 Investing in railways could boost inter-African trade and mobility

Younes Touitha says there is a need for more innovative financial strategies to develop better infrastructure in Africa. The African Development Bank (AfDB) wants to help countries structure their projects to make them financially feasible. Public-private partnerships have an important role to play in this context, he added.

Zambia is looking for partners

Sydney Mwamba, the director of Zambia’s national railroad PMRC, agrees. Zambia lacks money, its locomotives are outdated, and the infrastructure is poor. Mwamba has called for a new law to make public-private partnerships easier.

“This is seen as one of the most promising options for the development of the railroad sector, especially in view of the African free trade area,” he told DW.

The African Continental Free Trade Area (AfCTA) should enable Zambia to increase trade with neighboring countries. More goods will then be transported by rail, said Mwamba.

Just like other countries, Zambia must turn into a more attractive route for the transportation of goods by investing in the rail sector. This, in turn, will promote investment and growth in transport and industrialization, Mwamba believed.

But, like many countries, Zambia does not have a robust financing model. And governments are often more focused on the latest political crisis, he said

“We are sometimes confronted with political problems that go beyond technical problems,” NEPAD expert Touitha agreed. The AU, along with NEPAD, are making great efforts to implement their plans: “But the political will of the countries is very important if we are to see the Africa we want.”

This article was originally published in German.