Is free speech a crime in President Akufo-Addo’s Ghana?

Since the start of the year, at least three journalists and one prominent social activist have been prosecuted in Ghana for what authorities deemed are unfounded statements..

These developments have many in the West African country worried that the freedom of speech, a right guaranteed under Ghana’s 1992 Constitution, is being curtailed.

On February 10, Accra FM radio presenter Kwabena Bobie Ansah was charged with the “publication of false news and offensive conduct.” Police had detained him after he stated that the First Lady Rebecca Akufo-Addo had fraudulently obtained state land for private use. The case is still pending.

Days earlier, another TV and radio presenter who had been picked up by police after criticizing the government on air appeared in court. Blessed Godsbrain Smart, who works for Media General TV, was initially accused of making “unsavory” comments but prosecutors later changed the charge to one of extortion.

Oheneba Boamah Bennie, a host and commentator for the privately-owned Power FM in Accra, was this month sentenced to two weeks in prison and fined 3,000 Ghana cedis ($468) for contempt of court. The case brought against him centered around a video posted on his Facebook page in 2021. In the video, Bennie alleged in the video that President Nana Akufo-Addo had conspired with judges to influence Ghana’s 2020 elections. 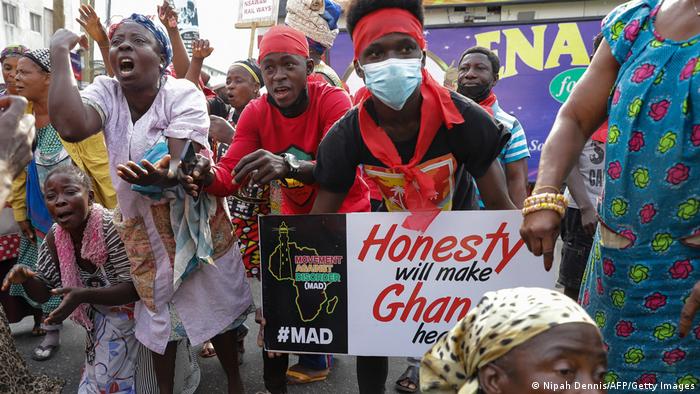 The government’s performance has been in the spotlight lately, with Ghanaians mobilizing under the hashtag #FixTheCountry to demand good governance, accountability and better living conditions

The trend is being watched

The Committee to Protect Journalists (CPJ) condemned the conviction of Oheneba Boamah Bennie.

“Journalists should not be jailed in connection with their reporting or commentary about public figures, whom one would hope would have a thicker skin when it comes to criticism,” a CPJ statement read.

A few days after Bennie was sentenced, police arrested a promnent social activist and leader of Ghana’s FixTheCountry youth pressure group on charges of treason. Oliver Barker-Vormawor had warned on his Facebook page of a coup in the event that Parliament passes a controversial electronic levy bill.

He was arraigned in court on February 14 and remains in detention.

In defending the arrest of the journalists, police argue that they are simply discharging their duties. Lawmaker and former journalist Alhassan Suhuyini says he is worried about the emerging trend.

“Many journalists have suffered one of form of harassment or another at the hands of people claiming to be acting in the name of the state. There was a reason why the criminal libel law was repealed and it is an irony that the current president has over the years taken pride in the role that he played in repealing the criminal libel law,” Suhuyini told reporters in Accra. 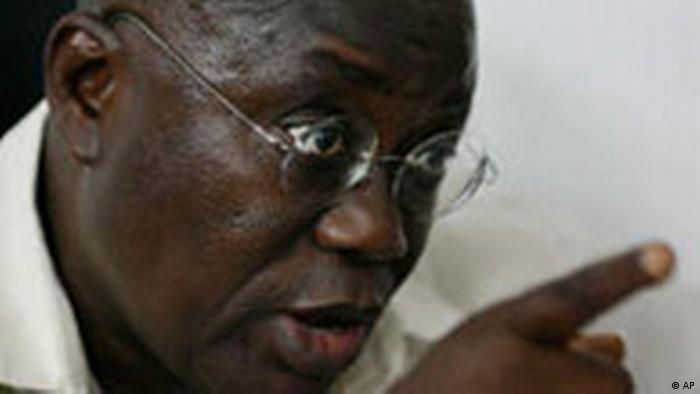 Nana-Akufo Addo has been Ghana’s leader since January 2017

President Akufo-Addo had pushed for the repeal of the criminal libel and seditious libel laws in Ghana when he was still an activist. The law was fraught with the dangers. It left prosecutions up to a party-aligned attorney-general who served at the pleasure of the president. It was eventually repealed in 2001,giving respite to the media and the public respite.

Ghana’s 1992 Constitution states: “All persons shall have the right to — (a) freedom of speech and expression, which shall include freedom of the press and other media.” The provision was significant, considering the criminalization of speech under past military regimes with journalists and political opponents of the ruling class suffering the most. 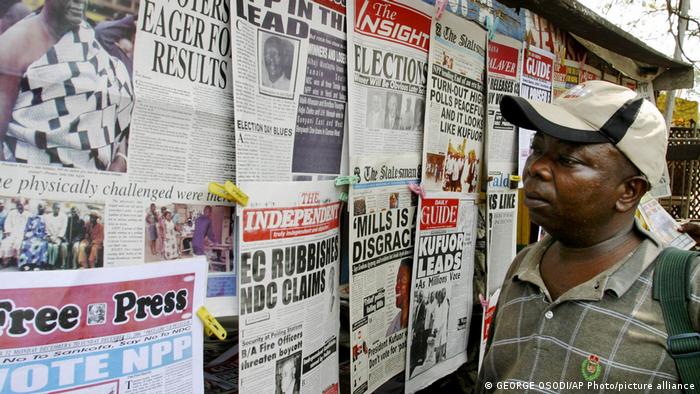 A ‘resurrection’ of criminal libel?

Cvil society groups have detected a shift amid the spate of court cases involving journalists..The Ghana Center for Democratic Development, IMANI Africa and Africa Center for International Law & Accountability outlined theirs in a joint statement.

“The underlisted Civil Society Organisations (CSOs) note with deep concern the apparent resurrection of the discredited criminal libel regime through a series of recent arrests and prosecution of persons for statements made or published in the media,” the organizations said.

“We are deeply troubled by the growing use of the prosecutorial and judicial power of the State to punish criminally speech that allegedly falsely injures or damages the reputation of other persons or of an institution of state.”

In the 1990s, the organizations added, “the criminal law was used in precisely the way it is now being used: to prosecute and punish journalists and public speakers for allegedly false or defamatory statements against certain family members or associates of the President.”

Ruling party lawmaker Alexander Afenyo Markin denied that the state is coming after outspoken journalists or trying to curtail free speech. In parliament he said journalists should be cautious in discharging their work in order to avoid such treatments.

“We have a lot of bloggers, the kind of misrepresentation and all that, should be of concern to all of us, Let’s encourage them to be vibrant, to report, to write the news but to be very objective in the way they do their thing.”

Media urged to tone down rhetoric

Tanko Zakariah, a media ethics lecturer at the Ghana Institute of Journalism in Accra told DW that what should not be ignored is the responsibility that comes with freedom of speech.

“Freedom and independence of the media and freedom of speech is a constitutional guarantee in line with international standards. But clearly in those laws it does say that those freedoms come without some sort of responsibilities. In other words, they are not absolute freedoms, they come with some qualifications.” Zakariah explained.

“People have to be responsible when exercising their rights because that same rights they are exercising, others have also been given their fundamental human rights.”

“We also urge media practitioners and users to tone down the inflammatory rhetoric that has contaminated our public square and airwaves, desist from knowingly or recklessly making or publishing false statements, and use, to the extent possible, the Right to Information Act and its processes to access information from public authorities.”

Several of Ghana’s political and legal analysts see the situation as one that pertains not only to freedom of speech.

In a recent media discussion, laywer Kofi Bentil said he sees a threat to democracy in a country with a ruling political class that he believes is becoming intolerant.

“There is something I call the downward political spiral and this downward political spiral, across regimes, you see it. I think that our friends in power should be wary of this phenomenon. You have a situation where somebody makes a post and you understand what he is talking about and you drop on him, you detain him, you start arresting journalists all over the place,” he said.