The 47th season of “Saturday Night Live” is underway, as the NBC sketch comedy series continues to air live from 30 Rockefeller Plaza throughout this TV season.

Things kicked off with the season premiere on Oct. 2, 2021 with host Owen Wilson and musical guest Kacey Musgraves, as well as the return of almost the entire “SNL” cast from last season.

But those who make it a habit to watch “SNL” when it’s on may be wondering, is “SNL” new tonight? The answer is no, there is not a new episode of “Saturday Night Live” airing on Feb. 5, 2022. The show is on hiatus for the Winter Olympics.

The next new episode of “SNL” will be Feb. 26 with host John Mulaney (his fifth time hosting) and musical guest LCD Soundsystem.

Season 47 of “SNL” returned in 2022 with three back-to-back installments. The hosts and musical guests for the Jan. 29 installment has yet to be announced. Ariana DeBose hosted the Jan. 15 show. 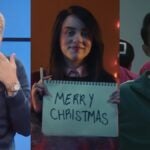 While there was speculation that major cast members like Kenan Thompson, Pete Davidson, Cecily Strong and Aidy Bryant might leave “Saturday Night Live” this season, all four returned. The only cast members who did not come back for the latest season were Beck Bennett and Lauren Holt.

In addition to the returning cast members, “SNL” added three new performers to its ensemble: Aristotle Athari, James Austin Johnson and Sarah Sherman. Johnson made a big splash in the season opener by playing Joe Biden, as the comedian first came to prominence on social media for his uncanny impression of Donald Trump.