“Today, February 11, 2022, we say goodbye to Isabel,” her family wrote in Spanish on her Instagram account. “Although her family and friends deeply feel her loss, we know that wherever she goes she will have fun as only she knows how. Thank you for all the messages of affection and concern. She has left feeling very loved and embraced.”

The actress, whose Spanish films include “Fotos,” and “Camino a la locura,” played the oldest version of “La Veneno’”in the HBO series, with younger versions played by Daniela Santiago and Marcos Sotkovszki. 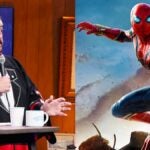 “I think in it there was a lot of me, and in her there was a lot of all of us,” Torres told The Advocate in January 2021 of portraying the trailblazing transgender star. “I never thought we would have a lot of similarities, and at the end, after seeing the character, learning her story, and learning to love her through her wounds, I understood that we share a lot in common.”

She first announced her cancer diagnosis in March 2020. In November, she posted a video to Instagram in which she said, “They give me two months to live. Let’s see if I get over it, and if not, what are we going to do? Life is like that.”

She won Spain’s Ondas Television Award for Best Female Performer in Fiction for “Veneno.” It was her first role in a scripted drama.

The Advocate first reported her death.