Ivan Reitman, the beloved director of “Ghostbusters” and producer of “Animal House,” passed away Saturday night in his sleep at his home in Montecito, California.

His children, Jason Reitman, Catherine Reitman and Caroline Reitman, said in a joint statement shared with the Associated Press, “Our family is grieving the unexpected loss of a husband, father, and grandfather who taught us to always seek the magic in life. We take comfort that his work as a filmmaker brought laughter and happiness to countless others around the world. While we mourn privately, we hope those who knew him through his films will remember him always.”

Reitman’s first hit was the 1978 college comedy, “National Lampoon’s Animal House,” which he produced and John Landis directed, and launched the film career of “Saturday Night Live” star John Belushi. He went on to direct fellow “SNL” star Bill Murray in his first starring role in “Meatballs” and the army comedy “Stripes.” His biggest hit, however, was with 1984’s “Ghostbusters.” 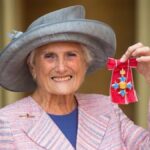 The comedy spawned a hit franchise, including 1989’s “Ghostbusters II.” His son, Jason, directed the most recent installment in 2021, “Ghostbusters: Afterlife,” on which Ivan was also a producer.

Reitman — whose family emigrated from post-war Czechoslovakia to Toronto, Canada, when he was 4 years-old — was made an Officer of the Order of Canada in 2009 “for his contributions as a director and producer, and for his promotion of the Canadian film and television industries.”

Editor’s note: A previous headline erroneously referred to Reitman as the director of “Animal House” rather than the producer. TheWrap regrets the error. 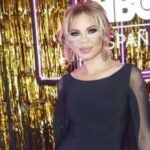