Long queues of people, with some dressed in dark suits and holding flowers and flags draped in black ribbons, bid farewell to  Shinzo Abe, Japan’s longest-serving prime minister, on Tuesday after he was assassinated at a campaign rally last week.

Family and close friends of Abe gathered at a central Tokyo temple, along with Prime Minister Fumio Kishida and senior party leaders, for a private funeral.

Crowds of people lined up on pedestrian walks, amid heavy police presence, shouting, clapping and waving as the motorcade carrying the former prime minister left the Zojoji temple.

Hundreds of people trickled into the temple on Monday evening and Tuesday to pay their last respects to Abe.

Abe’s widow, Akie, was seen lowering her head to the crowd.

Last Friday, an unemployed man shot the 67-year-old politician in the western city of Nara using a homemade gun, leaving the Asian nation — where both gun crime and political violence are a rarity —  in a state of shock. 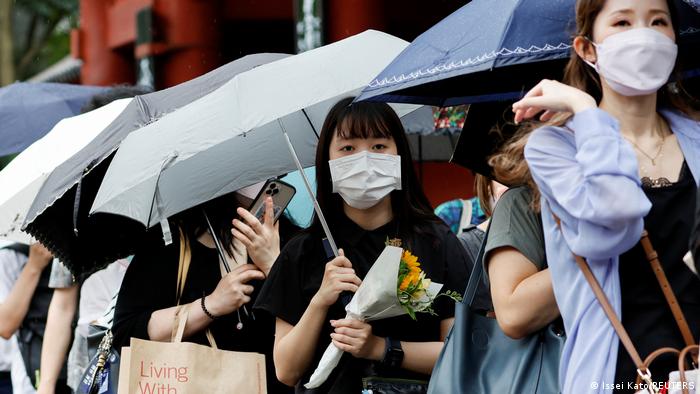 On Tuesday, the funeral procession of the polarizing figure who dominated Japanese politics was set to pass through Tokyo.

A hearse with Abe’s remains made a tour of Nagata-cho, the capital’s main political headquarters and the parliament that Abe first entered as a young lawmaker in 1993.

The motorcade then drove slowly past the party headquarters, where senior members of the party clad in black suits stood.

The hearse then headed to the prime minister’s office, where Abe served a total of nearly 10 years.

Kishida and his Cabinet members pressed their hands before their chest and bowed to Abe’s body before the hearse headed to a crematorium. 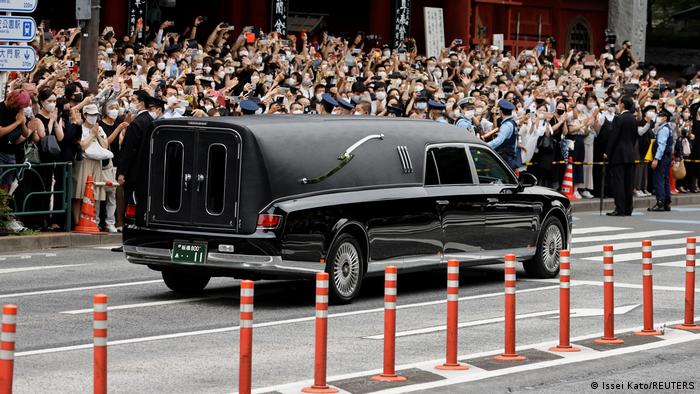 Public security chief Satoshi Ninoyu on Tuesday told the media that he has ordered the National Police Agency to probe security for political and business leaders.

Local police have already admitted flaws in their guarding program for the high-profile leader, who was approached from behind and gunned down in broad daylight.

The murder suspect, 41-year-old Tetsuya Yamagami, was arrested on the spot on Friday and is in custody.

Yamagami told the police that he targeted Abe because he believed the politician was linked to an organization he resented.