Jeremy Giambi, a former professional baseball player best known for his time with the Oakland Athletics, which resulted in him being featured in the book “Moneyball” and portrayed in the film adaptation, died Wednesday. He was 47.

No cause of death was given but according to USA Today, he was found by his parents shortly before noon on Wednesday.

The news was announced by the Oakland Athletics. “We are heartbroken to learn of the passing of a member of our Green and Gold family, Jeremy Giambi. We offer our condolences to Jeanne, Jason, and his family and friends,” the team said in a statement posted on Twitter. 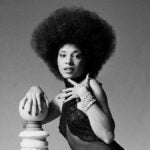 Born in 1974 in San Jose, California and raised in West Covina, Giambi attended Cal State Fullerton before being drafted as a minor league player by the Kansas City Royals in 1996. He debuted in the major leagues in 1998 for the Royals, playing for the team for two seasons before being traded to Oakland in 2000.

He spent 2 years with the A’s, including a year playing alongside his brother, Jason Giambi, a period described at length in Michael Lewis’ 2003 book “Moneyball.” In the 2011 film adaptation, Giambi was portrayed by Nick Porrazzo; though that film inaccurately portrays him as brought in to replace Jason, where in real life Giambi was already playing for Oakland during the period covered by the book.