Jimmy Kimmel Is Glad the IOC Finally Found Something It’s...

On Monday’s “Jimmy Kimmel Live,” Kimmel talked a lot about the tragedy in Ukraine, which was invaded by Russia last week and still waging what may ultimately prove a losing battle against the war of aggression.

During the chat, Kimmel ran down some of the various ways organizations and countries are trying to push back. And then he humorously side-eyed the International Olympic Committee for finally finding a reason to actually punish Russia for wrongdoing.

“The big story, as you all know, is the war on Ukraine,” Kimmel said during his monologue. “Where the Russians are bombing civilians, all the while saying they aren’t.”

“The Ukrainians are not giving up. They’re showing great courage in the shadow of the murderer, Vladimir Putin,” Kimmel continued. “A man whose list of admirers is now down to Tucker Carlson and Donald Trump.” 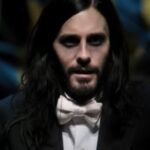 “Even famously-neutral Switzerland is taking action against Russia. Switzerland! The people who never take a side – are taking a side on this,” Kimmel said. “They have frozen Russian assets and closed Swiss airspace. Which is helpful. And now not only is Putin in hot water, he’s in hot chocolate too.”

“And these are the people who gave Hitler a safe deposit box so…” Kimmel Joked, before also noting that the Taliban has called for “restraint” and a “peaceful” resolution to this crisis.

“So to recap: Russia has now lost the Taliban and the Swiss. The most and least violent people in the world – are united against Russia right now,” Kimmel said.

Though, we will briefly not that the Taliban carefully did not actually take a side. But we digress.

“Even Putin’s personal bank accounts have been frozen,” Kimmel continued. “The Ruble plummeted today. Russian citizens are panicking. There are long lines at banks in Moscow. People trying to withdraw cash.”

And then he got to the point of poking fun at the IOC. “FIFA suspended Russia from the World Cup. And the IOC is recommending that Russian athletes get banned from the Olympics. Now they want to ban them from the Olympics.”

You can watch the whole thing above.

Meanwhile, if that joke about the IOC doesn’t make sense, allow us to explain. So on Monday, the IOC recommended that Russian and Belarusian athletes be banned from international competition due to the invasion. But this comes just days after the 2022 Winter Olympics. Which featured an absolutely embarrassing display from IOC.

Now, during the games, it was proved that Russian skater Kamila Valieva tested positive for several banned drugs, yet another blatant example of cheating by Russian athletes. For some reason, the IOC decided not to punish Valieva or the Russian team, claiming that she was too young (15) to be held accountable, despite not being too young to compete. 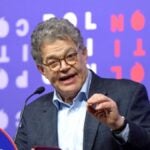 But that is only the latest Russian doping scandal. Because in 2019, after years of blatant cheating by Team Russia, the IOC banned Russia from competing in the Olympics. Kind of. They gave Russia a 4-year ban which was unfortunately reduced to 2-years by a court of arbitration. And yet, Russian athletes were somehow still allowed to compete as part of the so-called “Russian Olympic Committee.”

And in case you aren’t sure if this punishment actually felt like punishment, note that Vladimir Putin attended the 2022 winter games in Bejing — while warnings of an invasion of Ukraine were rising. Womp womp, as they say.