Joe Rogan’s Use of N-Word Is ‘Just as Dangerous’ as...

Joe Rogan’s excessive use of the N-word in his podcasts is “arguably just as dangerous as what a mob did when they stormed the US Capitol on January 6 last year,” CNN Enterprise writer/producer John Blake said in a column published Sunday on the network’s website.

In a column titled “Why Shrugging Off Joe Rogan’s Use of the N-Word Is So Dangerous,” Blake wrote that although Rogan “did not join a mob that forced lawmakers to flee for their lives” and he “never carried a Confederate flag inside the US Capitol rotunda,” the streaming personality is equally as damaging and “dangerous.”

“What Rogan and those that defend him have done since video clips of him using the N-word surfaced on social media is arguably just as dangerous as what a mob did when they stormed the US Capitol on January 6 last year,” Blake wrote. “Rogan breached a civic norm that has held America together since World War II. It’s an unspoken agreement that we would never return to the kind of country we used to be.”

“That agreement revolved around this simple rule: A White person would never be able to publicly use the n-word again and not pay a price.

“Rogan has so far paid no steep professional price for using a racial slur that’s been called the “nuclear bomb of racial epithets.” It may even boost his career. That’s what some say happened to another White entertainer who was recently caught using the word.

“It is a sign of how desensitized we have become to the rising levels of violence — rhetorical and physical — in our country that Rogan’s slurs were largely treated as the latest racial outrage of the week.

“But once we allow a White public figure to repeatedly use the foulest racial epithet in the English language without experiencing any form of punishment, we become a different country”

Blake is aware that some will call his comparison hyperbole and point out that Rogan apologized. To that, Blake said, “In the past, White public figures who used the n-word provoked universal and unqualified condemnation. But Rogan has gotten some support.”

“Some cite the rise of social media, the growth of White supremacist groups and a right-wing media ecosystem that has mainstreamed racist rhetoric,” Blake wrote, adding, “Former President Trump played a part, too. He rode a trail of racist, sexist, and antisemitic statements all the way to the White House.”

And therein lies the bridge between the mob of Trump supporters that stormed the U.S. Capitol on Jan. 6 in an attempt to overthrow the 2020 election and the racists slurs that seem to be so easily tossed about, Blake said. 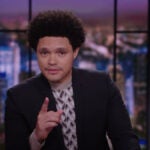 “We are poised to enter an era where a White person can use the n-word publicly and not only survive but thrive if they portray themselves as a victim of cancel culture. It’s a world where hate speech and violence are rebranded as ‘legitimate political discourse, and ‘public racism’ returns to ordinary life,” Blake wrote.

“Don’t let the Rogan n-word controversy devolve into another tired discussion about cancel culture. This moment is bigger. If Rogan goes on with business as usual, all of us — not just Black people — will pay a price. Our country won’t be the same.”

You can read his entire column by clicking here. 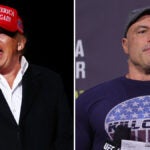