On Wednesday’s “Jimmy Kimmel Live,” Jimmy Kimmel talked during his monologue about the recent purchase of the rights to the claymation children’s character Gumby by Fox Entertainment. And given who Fox Entertainment’s parent company is, Kimmel imagined that Gumby is going to end up spewing right wing drivel just like Fox News’ primetime star Tucker Carlson.

If you need to catch up, do so here. Now back to Kimmel. “Well, after years of being owned by the Clokey family, the Fox Corporation has acquired the rights to his Gumbiness,: Kimmel said.

“And Fox being Fox, they have big plans for the little green guy,” Kimmel continued. Cue a short clip using footage of the original, claymation Gumby, but with Gumby’s dialogue replaced by actual quotes from Tuesday night’s episode of Tucker Carlson’s Fox News Show. 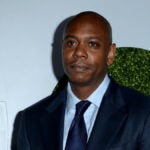 “Hold on a second, is the real drug crisis in this country really that crackheads don’t have enough crack pipes?” Gumby says, again with repurposed Carlson dialogue.

The clip ends with a title card for a new Fox News show: “Gumby Tonight.” Watch the whole monologue at the top of the page; the Gumby stuff is about 6 minutes, 45 seconds in.