Kimmel Wants to Know Which Oscar Nominees Are Antivaxxers: ‘Let...

One of the more baffling news reports this week is that the Academy of Motion Picture Arts and Sciences will not be requiring COVID-19 vaccinations for attendees of the 2022 Oscars. And on Thursday night during his opening monologue, Jimmy Kimmel joked that it’s time to “wildly speculate” about who precisely the Academy is catering to.

So in case you’re catching up, supposedly, despite having a vaccine mandate for all employees, the Academy has ditched a vaccine mandate — apparently because some of the nominees in major awards categories are not vaccinated. Weirder still, despite the still-ongoing pandemic and a national death toll of over 900,000, the Oscars apparently also won’t require masks. It will require a negative COVID-19 test, however. 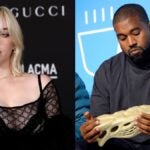 Before we go further, the Academy hasn’t actually announced its COVID policy yet, and it didn’t immediately respond to requests for comment from TheWrap. But if true, it’s pretty weird. Now let’s check back in with Jimmy Kimmel.

“The Oscars are coming up,” Kimmel said, noting that per reports “attendees at the Oscars show will not have to show proof of vaccination. Which I assume is the Academy’s round about way of announcing that Rob Schneider is hosting the show.”

“You only have to show a PCR test at the door to enter. Why they’re doing this, I don’t know. Maybe they have some extra spots in the In Memoriam to fill,” Kimmel jokes. “But, the rumor is that some of the actors, including some of the actors that are nominated this year aren’t vaccinated and they don’t want to lose them.” 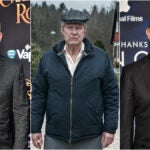 “So now it’s up to all of us to wildly speculate as to which ones they are. Let the witch hunt begin.”

“I wonder how the right wing news outlets are gonna handle this. I mean, is Hollywood a bunch of hypocrites, or ‘ are the stars just like us?’” Kimmel added.

Watch the whole monologue at the top of the page. The vaccine stuff begins 9 minutes, 5 seconds in.