Rabbi Moshe Reuven Azman is the chief rabbi of the Brodsky Synagogue in Kyiv. He recently made an impassioned video address in which he accused Russian President Vladimir Putin of committing war crimes and crimes against humanity. He called on Russians and Jews to protest and help bring an end to the war in Ukraine. DW spoke to him about his motivation and the reactions to his plea, and for his assessment of events.

DW: The Kremlin says that “denazification” is one of the goals of its military operation in Ukraine. What is your response?

Moshe Reuven Azman: Against whom is this “denazification” directed? Against President [Volodymyr] Zelenskyy, who is Jewish? Or against opposition leader [Vadim] Rabinovich? Only somebody who has been brainwashed by television, which spreads all sorts of nonsense, could believe such rubbish. There is no Nazism in Ukraine; there aren’t even any nationalist parties in parliament. No normal person believes this drivel. Moscow just needs a pretext to satisfy its imperial ambitions.

How would you evaluate the Russian airstrike on the TV tower in Kyiv, which also affected the Babi Yar memorial?

It’s a sign! I think it was a warning from above about where this war could lead. Thank God there have not been any punitive operations yet, but just the fact that peaceful residents are being shot at, and cars and buildings too, already constitutes war crimes in my opinion.

Do you expect help from Jewish communities abroad?

Russia and Putin have united the Ukrainian and Jewish people, the whole world, against them. Today, everyone is praying both for Ukrainians and for Jews. We have all become victims of the same tragedy. That is why I will continue to ask for prayers and for protests. I ask you to do everything in your power. I have already told the Jews of Russia that they should do this. I realize that some of them have been brainwashed, and some are scared. I was born in Leningrad myself, in the Soviet Union, when the KGB still existed. But I was not afraid. Because of my activities, I was brought to the KGB to be interrogated. Now again, everyone must decide for themselves whether they want to be with good or evil, whether they choose to participate in crime. If everyone in Russia had adopted a clear position, the whole junta would have been got rid of a long time ago.

What reactions did you get to your video?

I addressed the Jews of Russia with all my heart and the Russians, those people on whom the outcome of this war depends. I was not reading a text. I reminded them that they couldn’t just sit in front of their TVs and grin, that they would have to bear responsibility for what is happening, with their tacit or non-tacit consent. 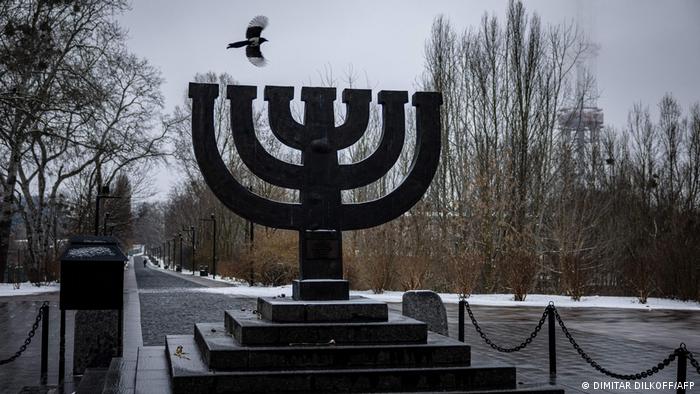 I have been called by Jews and Russians from Russia. Some said that I had opened their eyes; others said they had known what was going on for a long time but were afraid to talk about it. I am glad that I was able to open the eyes of people with my sincere plea. In Ukraine, I’m told that I have given strong emotional support to people here on the ground.

What is of most concern to the Jewish community in Ukraine now?

We have set up a call center to take calls from people in need of help. We are organizing buses to take people to safety in Israel and Europe. Jewish men who are eligible for conscription feel the need to defend Ukraine. They’re going to war, joining the army or territorial defense forces.

I receive thousands of messages every day. We’re trying to save people. We’re bringing food and medicine to people. There are many elderly people who cannot move on their own or are bedridden, including people who miraculously escaped the Holocaust during World War II, and have now been forced to flee Luhansk and other towns in Donbas. This is the third and even fourth time in their lives. They are shocked that the Russian army, which once beat the Nazis, is now bombing them, destroying their homes and killing peaceful Ukrainians.

This interview was conducted in Ukrainian.