Lamorne Morris Jokes That Trusting Trump With State Secrets ‘Is...

Lamorne Morris once again guest-hosted “Jimmy Kimmel Live” on Tuesday, and during his monologue he had some funny jokes about Donald Trump’s classified documents. Including the idea that Trump is basically the R. Kelly of elected leaders.

You all of course remember the whole drama with Trump taking classified documents from the White House without permission, possibly in violation of the espionage act? Well, now you know enough to get Morris’ jokes! On to them, then.

“So you know how Donald Trump was keeping top secret files in his basement,” Morris said in the monologue. “Well, it turns out that since he left office the government has recovered more than 300 classified documents from Trump’s house.” 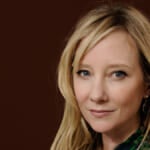 Morris said that it was “amazing” Trump managed to do it, because, he joked, he once took a script home from “New Girl” and Zooey Deschanel “threatened to stab me with a ukulele.”

Morris noted that Trump claims these documents are unclassified “because he said so, which, alright, take you word for it. But, if they’re declassified, bitch, let me see them then.”

“I do kind of feel like this is all on us,” Morris continued. “Because what did we expect him to do? Entrusting Donald Trump with our national secrets is like asking R. Kelly to babysit.”