Two well-known women made headlines last week in Turkey, withprominent Turkish journalist Sedef Kabas being one of them.

“There is a very famous proverb that says: A crowned head becomes wiser. But we see that is not true. When the ox enters the palace, he does not become a king; rather, the palace becomes a barn,” Kabas said on Tele 1, an opposition television channel. She later tweeted the saying, as well.

The 52-year-old journalist was then targeted by government officials and pro-government groups. Justice Minister Abdulhamit Gul said Kabas will “get what she deserves for her unlawful words.”

“The honor of the presidency’s office is the honor of our country. I strongly condemn the vulgar insults made against our president and his office,” Turkey’s Presidential Communications Director Fahrettin Altun tweeted.

On Saturday, security forces detained Kabas in a midnight raid for insulting President Recep Tayyip Erdogan. Article 299 of the Turkish Penal Code for “insulting the president” carries a prison sentence of one to four years.

Prosecution for ‘insulting the president’

In Turkey, thousands of people have been convicted for “insulting the president” since Erdogan was elected to the office in 2014.

According to Turkish justice ministry statistics, 160,169 investigations have been launched over “insulting the president,” with 35,507 cases filed over the last eight years.

The law prosecutes not only journalists, artists and academics, but also ordinary citizens. According to human rights defenders, the article is a serious attack on the freedom of expression.

The European Court of Human Rights (ECHR) has called upon Turkey to change the president insult legislation.

“Such a sanction, by its very nature, inevitably had a chilling effect on the willingness of the person concerned to express his or her views on matters of public interest,” the court stated in an October 2021 ruling.

Aksu was accused of blasphemy for singing, “We are heading straight to a disaster/Say hi to Adam and Eve, those ignorant ones” in her song. President Erdogan subsequently threatened the legendary singer and songwriter.

“No one can defame our Prophet Adam. It is our duty to rip those tongues out. No one can say those words to our mother Eve,” Erdogan said at last week’s Friday prayer without mentioning Aksu’s name.

Turkey’s Directorate of Religious Affairs, or Diyanet, which has been instrumentalized in political affairs during Erdogan era, also made a statement about Aksu’s song: “One should be extremely careful and sensitive in every sentence when talking about distinguished holy figures of Islam,” Diyanet stated.

Meanwhile, a group of lawyers in Turkish capital Ankara filed a criminal complaint against Sezen Aksu for “insulting religious values.”

‘A preview of future polarizing rhetoric’ 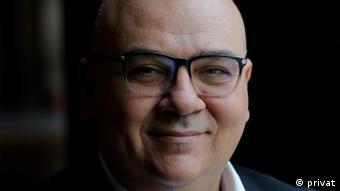 The 68-year-old singer defied threats by sharing a new poem/song “Hunter,” which was translated into 35 languages by social media users in one night. In it, she said: “You cannot crush my tongue.”

“I have been writing for 47 years, and I’ll continue to write,” she added in a Facebook post. Like journalist Sedef Kabas, the Turkish pop queen also received massive support from the opposition, including from politicians.

For Emre Erdogan, a professor of political science at Istanbul Bilgi University, as a popular singer for many generations, Sezen Aksu doesn’t seem to be a good target for an attack to consolidate AK Party’s conservative voter base.

“Framing the debate as an attack on Islamic values pushes such actors to advocate for freedom of expression,” he pointed out. The president’s move prevents such actors from taking a bridge role, he explained.

“This scenario may be perceived as a preview of future polarizing rhetoric until the next elections, in which every single vote will be invaluable,” he said.

Erdogan began promoting nationalist and Islamist discourse to strengthen his policy of polarization after his party’s alliance with Nationalist Movement Party (MHP). Detention of journalist Sedef Kabas and threats against musician Sezen Aksu reflect such dimensions of political polarization.

As Turkish citizens face severe economic problems due to high inflation, some opposition spheres see the recent developments as a strategic move on the part of the government to divert public attention.

On the other side is the argument that to sustain stability amidst chaos, Erdogan is playing his “religion card” for a more authoritarian Islamist regime in a time of economic crisis. Anthropologist and journalist Ayse Cavdar, however, diverges from this thesis.

“This is not a move to divert the political agenda or change public discussion,” she told DW.

“This is President Erdogan saying to his supporters, ‘I take prosperity from you, but in return I give you something greater: Your religious sensitivities are defended by the highest political authority.'”

“This is a bargain where the opposition unfortunately remains silent,” she concluded.