Vladimir Ilyich Lenin, the revolutionary Bolshevik and founder of the Soviet Union, died in 1924 but he remained omnipresent decades after his death. Carved in stone and cast in iron, he stood larger than life in the most prominent places of cities all over Lithuania. But with the collapse of the Soviet Union in 1991, the cult of personality was over. As elsewhere in formerly communist countries, Lenin sculptures and those of other dictators were taken down from their pedestals.

“After the rapid demolition of many monuments in the early 1990s and the renaming of streets and squares, the issue of monuments then fell into obscurity for a long time,” said the director of the Genocide and Resistance Research Centre in Vilnius, Arunas Bubnys.

But with the start of the Russian war in Ukraine on February 24, 2022, resentment against the former Soviet Union and current Russian policies has once again increased. People in Lithuania are afraid of being attacked by Vladimir Putin’s troops. 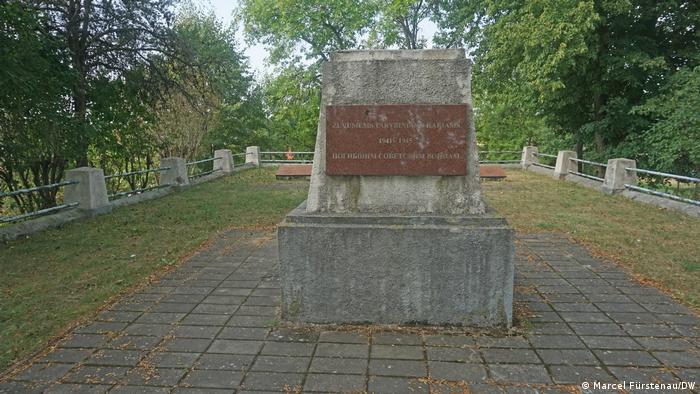 In the small town of Merkine, the statue of a Soviet soldier was removed from its pedestal in May 2022

Memories of the occupation of Lithuania, which began in 1940 — a product of the Molotov–Ribbentrop Pact between Nazi Germany and the Soviet Union — are newly present. Ultimately, the occupation ended with the collapse of the Soviet Union. But until 1953, mass deportations took place, particularly to Siberia.

The ambivalent history of the country also includes the fact that many antisemitic Lithuanians participated in the murder of around 200,000 Jews during the German occupation from 1941 to 1944. The Genocide and Resistance Research Centre, led by the historian and archivist Bubnys, covers Lithuanian antisemitism, but also focuses on resistance to the Soviet regime.

This scientific center includes the Museum of Occupations and Freedom Struggles. Soviet secret services tortured and murdered prisoners in the building in the middle of the capital Vilnius. The Nazis also used the building for the same purpose during their temporary occupation during World War II.

The exhibitions focus on the oppression of Lithuania, which lasted nearly 50 years, when the country, like all Baltic states, was a Soviet republic. During this time, hundreds of thousands of Lithuanians ended up in prisons and labor camps for political reasons or were killed outright.

When Lithuania won its independence in 1991, it quickly rid itself of most of its prominent Soviet propaganda heritage: statues of Lenin and monuments with tanks and soldiers. In someplace, however, Soviet monuments remained. But thanks to the war in Ukraine, there are now plans to remove remaining symbols like the red star, and the hammer and sickle, said Bubnys. Sculptures in cemeteries are also being removed. 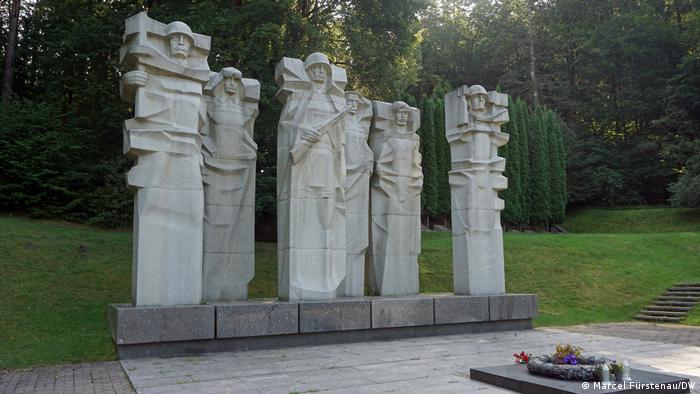 Violeta Davoliute thinks this could be problematic. The professor from the Institute of International Relations and Political Science at Vilnius University wants to see an unemotional debate on how to deal with symbols from the past: “Is it just a wreath or are there other symbols? If they don’t symbolize Soviet military power, then they should be left standing,” the historian said.

In the small town of Merkine, about 100 kilometers southeast of Vilnius, the decision was different — there, in May 2022, a soldier about two meters high was taken down from its pedestal. Violeta Davoliute would have preferred to leave it in place. Such statues would be good for documentation purposes, she argues: “You could use the statue to try to explain and present complicated history.”

Gvidas Rutkauskas is also against removing all Soviet traces in Lithuania. Yet he could have every reason to want their removal. He was born in Siberia — where his parents had been deported. Nevertheless, the chairman of the Association of Lithuanian Political Prisoners and Deportees is against disposing of all communist relics. 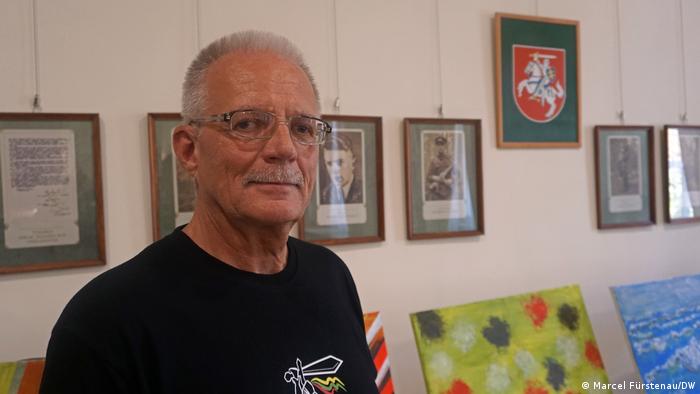 It is not necessary to remove everything from the past, says Gvidas Rutkauskas: ‘After all, it’s part of our history’

It is not necessary to remove everything from the past: “After all, it’s part of our history,” said Gvidas Rutkauskas. Future generations should know what came before them. But he left no doubt as to when a line would be crossed for him: “If there is a Soviet tank or symbols with the Soviet star on an important square in a city, then they should be removed.”

However, due to the threat posed to Lithuania by the war in Ukraine, the argument for removal has solidified — most are in favor of removing all evidence of communism. Liucija Verveckiene of the Center for (Post)Soviet Memory Studies in Vilnius, however, noticed the shift in opinion before the war. According to her, 2014 was a turning point.

At that time, Russia annexed Crimea, and since then, pro-Russian separatists and regular Ukrainian troops have been fighting in eastern Ukraine. This changed the debate about removing Soviet relics from public space, said Verveckiene. 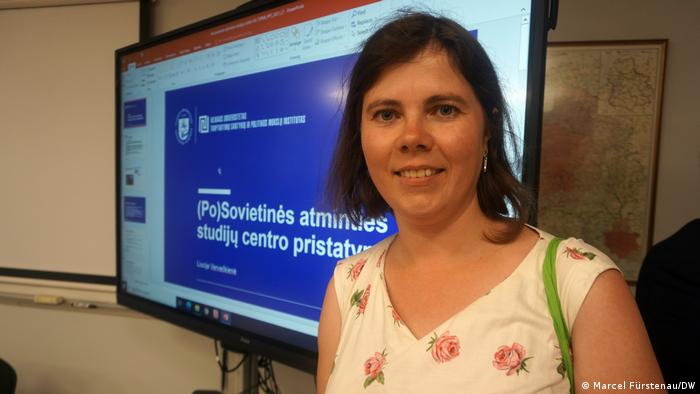 Another question is how to deal with personalities from arts and culture who were said to be close to the Soviet leadership. As an example, the historian mentions the Lithuanian writer Petras Cvirka, who died in 1947; and who, as a communist, supported Soviet policies. The monument erected in his honor in Vilnius was removed in November 2021.

The controversial author’s novellas, short stories, and children’s books have been translated into English, Chinese, and many Eastern European languages. Liucija Verveckiene considers his case to be exemplary when it comes to the difficult question of what is meant by collaboration with the former Soviet regime. Petras Cvirka did not harm anyone personally, but he did support the Soviet system.

Reunion with Marx and Stalin in Grutas Park

If one day all traces of communism disappear from streets, squares, and cemeteries, those interested in the communist past could still visit Grutas Park in southern Lithuania. Since the turn of the millennium, sculptures that were unwanted in their original places have been joined on the park’s extensive grounds — Lenin, the dictator and mass murderer Josef Stalin, the head of the secret service Feliks Dzierzynski, the German philosopher Karl Marx, and many others. Currently, 87 monuments stand among fir, pine, and birch trees. Barbed wire entanglements and watchtowers can also be seen, as they were common in Siberian penal camps. For the older visitors of the park, there are photo boards with information about the origin of the sculptures and when they were removed; and for the younger guests, there is a children’s playground. In neighboring meadows, goats graze and ostriches strut.

Critics consider the privately run open-air museum to be a mix of Disneyland and a house of horrors. Historian Violeta Davoliute from Vilnius University, on the other hand, is more positive. On her first visit to Grutas Park, she and her colleagues viewed the sculptures in a “humorous light.”

The researcher admits that this kind of presentation can seem to be trivializing, especially to foreign visitors. For the people of Lithuania, on the other hand, the Soviet monuments gathered in Grutas Park made it easier to look at their past. “You can also laugh about it,” the historian explained.

While you’re here: DW editors round up what is happening in Germany and the world in regular e-mail newsletters. You can sign up here for the weekly “Berlin Briefing” and more.