Lizzo and Live Nation are partnering to pledge $1 million to Planned Parenthood and abortion funds in the wake of the Roe v. Wade reversal.

“I’m pledging $500k from my upcoming tour to Planned Parenthood. Live Nation agreed to match — to make it 1 MILLION dollars,” the “Grrrls” singer wrote on Twitter. She is one of the first celebrities to publicly announce such support.

However, after some abortion rights activists pointed out the benefits of donating locally — directly to abortion funds that are organizing in states and areas with more restrictive laws — the pop star course-corrected and added that the money will be split to them as well.

“We are going to give proceeds to @AbortionFunds as well! Thank you!,” she said in response to one user who advised, “Lizzo please send the money directly to abortion funds!!! It would be greatly appreciated.”

While Planned Parenthood is actively soliciting donations, it is a largely well-funded organization. It has been critiqued by abortion rights activists as not doing enough to provide safe and accessible abortions in states that are more hostile to the right, such as in Alabama, where independent clinics have had to take up the baton. Experts and organizers on the ground have advocated for direct donations that can impact local communities who need it most. Additionally, several publications have compiled resources that list organizations other than Planned Parenthood.

The Supreme Court’s decision to overrule Roe v. Wade with a 5-4 vote triggered several bans in states like Oklahoma and Texas. Women in Film, the largest Hollywood organization dedicated to advocating for women, said it is now turning its attention to aiding people in states most affected by the ruling. Other major Hollywood players will be reimbursing or covering medical and travel costs for their workers. 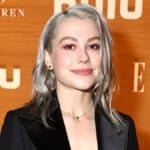