Next ‘Planet of the Apes’ Film to Star Owen Teague

20th Century Studios (formerly 20th Century Fox, pre-Disney) is still in the “Planet of the Apes” business, and the company has picked “The Stand” and “Black Mirror” actor Owen Teague to star, TheWrap has learned.

Teague’s role has not been disclosed, but he’ll play one of the intelligent apes the franchise is named for in a story that for now is also under wraps. As announced in 2019, Wes Ball (“The Maze Runner” series) will direct the new film. 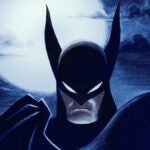 It’s not known if the new “Planet of the Apes” films will continue from Matt Reeves’ trilogy of films that ended in 2017 with “War for the Planet of the Apes,” or if it will be an unrelated sequel or reboot. According to Deadline, which first reported Teague’s casting, Ball has turned in a script draft and other casting is under way.

The franchise began with the 1968 Charlton Heston classic based on the novel by Pierre Boulle, which spawned 4 sequels. Tim Burton did one of his reimaginings in 2001 with a film starring Mark Wahlberg. Reeves’ trilogy collectively earned $1.68 billion.