In a crossover nobody expected, a recent poster promoting the Los Angeles Rams, who are playing in Sunday’s Super Bowl, appears to be a shot-for-shot homage to an obscure South Korean film called “The Woman Who Ran.”

See for yourself below. Here is the NFL’s poster that went out on its Twitter account this morning. Below that, is the poster for Hong Sang-soo’s 2020 film, “The Woman Who Ran.” 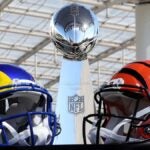 The comparisons were quickly noticed by fans of the film.

TheWrap has reached out to the NFL and the film’s reps and will update if we hear anything back.

Here is the logline for “The Woman Who Ran” according to IMDB: “While her husband is on a business trip, Gamhee meets three of her friends on the outskirts of Seoul. They make friendly conversation but there are different currents flowing independently of each other, both above and below the surface.”

The film won the Silver Bear for Best Director during that year’s Berlin International Film Festival and was a nominee for the Golden Bear award, which goes to the best film.

The Rams are competing against the Cincinnati Bengals in Super Bowl LVI on Sunday, which will air on NBC. With the game being played in SoFi Stadium in Inglewood, California, the Rams become the second straight team to play the Super Bowl in its home stadium. Last year, the Tampa Bay Buccaneers defeated the Kansas City Chiefs in Super Bowl LV from Tampa’s Raymond James Stadium. 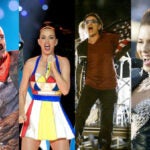