“Nightmare Alley,” “Dune” and “No Time to Die” have won the top feature-film prizes at the 26th annual Excellence in Production Design Awards, which were held by the Art Directors Guild on Saturday evening in Los Angeles.

“Nightmare Alley” won in the Period Feature Film category, where the other finalists included “The Tragedy of Macbeth” and “West Side Story,” both of which were nominated for the Oscar for Best Production Design.

“Encanto” took the award in the Animated Feature category. 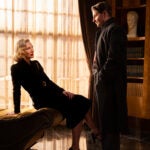 Television winners included “Squid Game,” “WandaVision,” “Loki,” “What We Do in the Shadows,” “Family Reunion,” “Harry Potter: Hogwarts Tournament of Houses” and “Live in Front of a Studio Audience – ‘Facts of Life’ & ‘Diff’rent Strokes.’”

François Audouy, who had three nominations in the short-format web series or music-video category and two more in the commercials category, lost the former to a Taylor Swift video but won the latter for a Billie Eilish commercial. (He was also nominated for “Ghostbusters: Afterlife” in the fantasy-film category.) 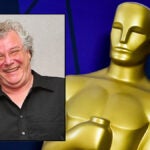