The Rams have won Super Bowl LVI, defeating the Bengals 23-20 at SoFi Stadium in Inglewood, California. It was a home-stadium victory for the Los Angeles Rams, one year after the Tampa Bay Buccaneers pulled off the same feat at their Raymond James Stadium.

It was the Rams who struck first on Sunday, with Odell Beckham Jr. hauling in a touchdown pass from Matthew Stafford. But later in the first half, Beckham would leave the game with a knee injury. He would not return to the field.

At halftime, after missing an extra-point attempt, the Rams led 13-10. But the Bengals struck swiftly in the third quarter. Joe Burrow and co. held that lead through the game’s two-minute warning. However, the Rams would claw back to take the lead, 23-20, with less than 2 minutes left in the game. That’s where Super Bowl LVI would end. 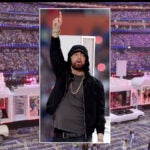 Stafford threw three touchdowns and a pair of picks in the winning effort. The former Detroit Lions quarterback’s first interception was a glorified punt on a 3rd and long; the second was more a wide receiver drop than anything else. Stafford threw for 283 yards, completing 26 of 40 pass attempts.

Cooper Kupp, Stafford’s favorite target, hauled in two TDs. He had eight receptions for 92 yards and was named the game’s most valuable player.

On the other side of the ball, Rams defensive stars Aaron Donald and Von Miller had two sacks apiece. 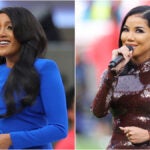 On the other side of the field, Burrow threw one touchdown and had no picks. He amassed 263 yards, completing 22 passes on 33 attempts. Tee Higgins compiled 100 yards receiving, with two of his four catches going for touchdowns. (Bengals running back Joe Mixon threw the other touchdown on a halfback pass trick play.)