Russia-Ukraine updates: Berlin will back Kyiv for ‘as long as...

German Foreign Minister Annalena Baerbock on Sunday reaffirmed Berlin’s support for Ukraine in its war against Russia, warning that the conflict “could go on for years.”

“Unfortunately, we have to assume that Ukraine will still need new heavy weapons from its friends next summer,” she told Bild am Sonntag newspaper.

“Ukraine is also defending our freedom, our peace. And we support them financially and militarily — and for as long as it is necessary. Full stop!” Baerbock said.

Germany’s top diplomat said that Russian President Vladimir Putin had been delusional in thinking that Ukraine would fall within a few weeks.

Baerbock also defended Ukraine’s claim to the Crimean Peninsula, which was illegally annexed by Russia in 2014.

“Crimea also belongs to Ukraine. The world has never recognized the annexation of 2014, which was against international law,” she told the newspaper.

She said the German government would “cushion the social imbalances resulting from high energy prices,” linked to doubts over a reliable supply of Russian gas to Europe this week.

Baerbock also categorically rejected demands made by some politicians
in Germany for Berlin to approve the Nord Stream 2 Baltic Sea pipeline to allow for more Russian gas deliveries.

The project, which is the sister pipeline to Nord Stream 1, was completed last year but Berlin refused to give a permit to operate in the days leading up to Russia’s invasion of Ukraine in February. 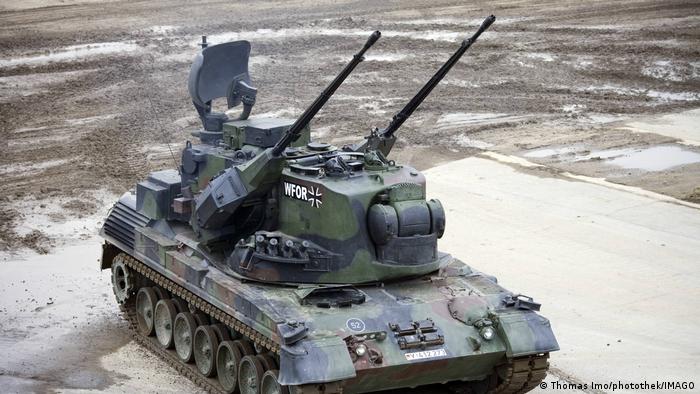 Here’s a roundup of some of the other key developments regarding Russia’s invasion of Ukraine on August 28.

UK: Russia will struggle to boost combat power in Ukraine

Russia’s plan to increase the size of its armed forces by 140,000 is unlikely to have a big impact on the war in Ukraine, Britain said in its latest intelligence report.

The remarks come after Russian President Vladimir Putin signed a decree last week to boost the size of his military to 2.04 million.

“It remains unclear whether Russia will attempt to fill this allocation by recruiting more volunteer ‘contract’ soldiers or from increasing the annual targets for the conscription draft,” the UK Defense Ministry wrote on Twitter.

It added that “the decree is unlikely to make substantive progress in increasing Russia’s combat power in Ukraine. This is because Russia has lost tens of thousands of troops; very few new contract servicemen are being recruited; and conscripts are technically not obliged to serve outside of Russian territory.

UN: Ukrainian grain silos must be cleared for next harvest

Millions of tons of food from previous harvests in Ukraine still need to be cleared to make room in silos for the next one, the United Nations coordinator for a grains deal said on Saturday.

More than 1 million tons of grains and other foods have so far been exported under a grains deal brokered by Turkey and the United Nations.

The wheat and barley exports had been held up for months by Russian forces blocking the Black Sea exit route.

The German government has created a holding company to carry out a possible nationalization of Gazprom Germania, the energy business abandoned by Russia’s Gazprom, Welt am Sonntag newspaper reported.

Gazprom ditched the firm in April during a dispute between the two countries over Moscow’s insistence on switching payments for Russian gas to rubles from euros.

In doing so, it gave up ownership of the firm’s assets in more than 20 countries, including subsidiary Astora, which operates 6 billion cubic meters of underground gas caverns in Germany and Austria.

In June, the energy trading, storage and transmission business, was renamed Securing Energy for Europe GmbH and is currently being run by Germany’s energy regulator, acting as a temporary trustee.

The newspaper reported Sunday that the nationalization plans were more advanced than previously known, citing the creation of a new shell company.

However, an Economy Ministry spokesperson said the new firm had been created as a “precautionary measure.”

More on the war in Ukraine

A German state leader has been told he is not welcome in Ukraine after calling for the war to be “frozen” to give diplomacy a chance.