Sri Lankans woke up on Thursday still awaiting the formal resignation of embattled President Gotabaya Rajapaksa — a day after the Wednesday deadline he had repeatedly given himself to leave office.

Rajapaksa and his wife instead fled to the nearby Maldives on Wednesday aboard an air force jet. His exact whereabouts are unknown, but the Associated Press reproted Thursday that he was flying to Saudi Arabia via Singapore.

Over the weekend, protesters had stormed Rajapaksa’s presidential palace, and on Wednesday, they also occupied the office of Prime Minister Ranil Wickremesinghe, who had quickly taken over as acting president and now is bearing the brunt of the protesters’ anger.

Wickremesinghe responded with a nationwide curfew, adding: “We can’t allow fascists to take over.”

After months of protests, the streets of Colombo were calm on Thursday morning after protesters appeared to broker a truce with authorities. 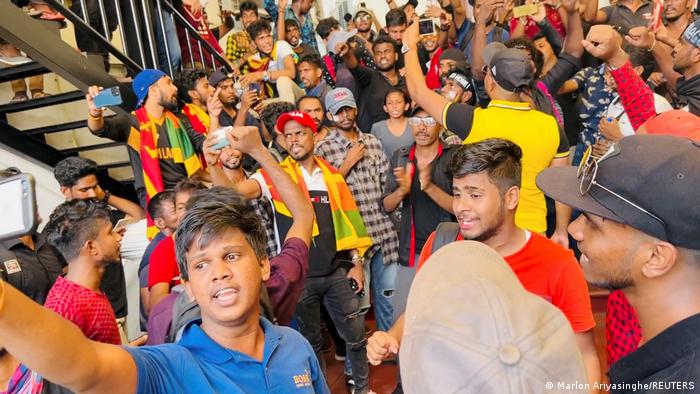 Protesters ready to stand down

“We are peacefully withdrawing from the presidential palace, the presidential secretariat and the prime minister’s office with immediate effect but will continue our struggle,” a spokesperson for the demonstrators said on Thursday morning.

The negotiations to vacate the occupied buildings follow clashes between protesters and police on Wednesday night outside parliament that saw one killed and 84 injured.

“This building is a national treasure and it should be protected,” Omalpe Sobitha, a senior Buddhist monk who supported the protest movement, told reporters. “There must be a proper audit and the property given back to the state.” 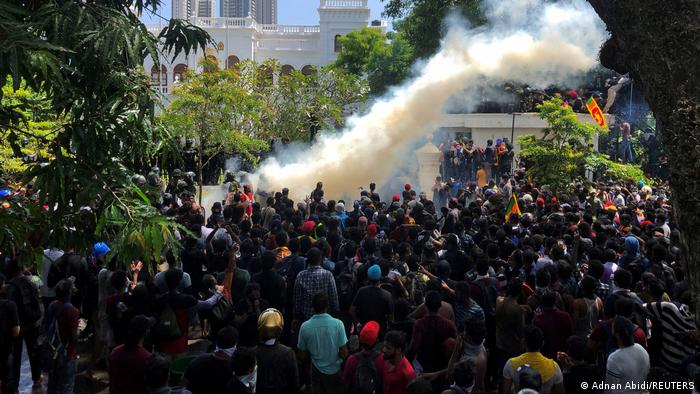 Sri Lankan lawmakers have agreed to elect a new president on July 20 to serve for the remainder of Rajapaksa’s term, which ends in 2024. The new president could in theory appoint a new prime minister, pending the approval of parliament.

Whoever takes the reins from the Rajapaksa political dynasty will be tasked with bringing Sri Lanka’s economy back from collapse. Food, fuel and medicine remain in extremely short supply.

As one 24-year-old university student told the Associated Press: “Gotabaya resigning is one problem solved, but there are so many more.”