Since leaving office, Donald Trump has continually pushed the falsehood that the 2020 election was somehow rigged against him, and so it is that he did it again Wednesday night while speaking to Fox News’ Laura Ingraham. The twist this time? Trump used the falsehood as a way to blame Joe Biden for Russia’s war of aggression against Ukraine.

If you’re reading this, you’re no doubt aware that earlier this evening, Russia formally invaded Ukraine. In a speech announcing the invasion, Russian autocrat Vladimir Putin A) claimed the goal is to “de-nazify” Ukraine, and B) made what looked like a veiled threat of nuclear war against anyone who dare interferes. It’s scary stuff to be sure.

Anyway, the disgraced former president called in to Ingraham’s Fox News show while she was discussing the situation. 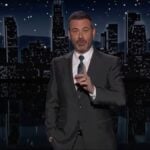 During their conversation, Trump attempted to imply he had some kind of secret arrangement with Putin that prevented this kind of thing during his presidency. And then of course, they agreed with one another that Russia’s unprovoked aggression against Ukraine is actually Joe Biden’s fault.

“Given what’s unfolded, sadly with a lot of weakness in the United States, they just decided to go for it,” Ingraham said. “I mean it looks like they’re going for it. And where does that leave the NATO alliance?”

Then Trump said: “I think that’s what happened, he was going to be satisfied with a piece, and now he sees the weakness and incompetence and stupidity of this administration. And as an American I’m angry about it, and I’m saddened by it, and it all happened because of a rigged election.” 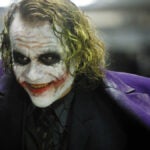 Trump continued with some additional, also almost entirely false ramblings along these lines. “This would have never happened, and that includes inflation, and that includes millions of people pouring in on a monthly basis, far more than 3 million people, and they’re coming from 129 different countries, we have no idea what’s happening, and they’re destroying our country,” he said.

We can’t speak to the inflation point — though calling it inflation isn’t entirely accurate or honest. But we can tell you that no, the United States is not receiving more than 3 million immigrants, documented or otherwise, every month.

Anyway, watch the clips below: