Nuri Bozkir is a man who many believe poses a threat to the Turkish president. The abducted arms dealer is viewed as one of the few people who could unveil systematic wrongdoing by the Turkish government because he was an integral part of its covert weapons shipments to war zones.

“Our intelligence found that this person was hiding in Ukraine and we talked to [Ukrainian President] Zelenskyy about him being caught,” Erdogan said. “Our intelligence service and great cooperation with its partners made this arrest possible.”

In interviews with Ukrainian news site Strana at the end of 2020, Bozkir had disclosed delicate aspects of Turkey’s clandestine arms transfers to militant groups operating in Syria and Libya, noting that MIT operatives would take a cut from the deals.

Bozkir, a former special forces captain in the Turkish armed forces, said he would legally buy weapons in eastern European countries and have them shipped to Turkey, where Turkish intelligence would divert them to battlefields across the region.

Out of 50 shipments transferred to militant groups in Syria, his last one before fleeing to Ukraine in 2015 was allegedly conducted without the organizational involvement of MIT. The shipment was intercepted by Turkish police, triggering a hasty operation by his MIT handlers to get him out of the country. 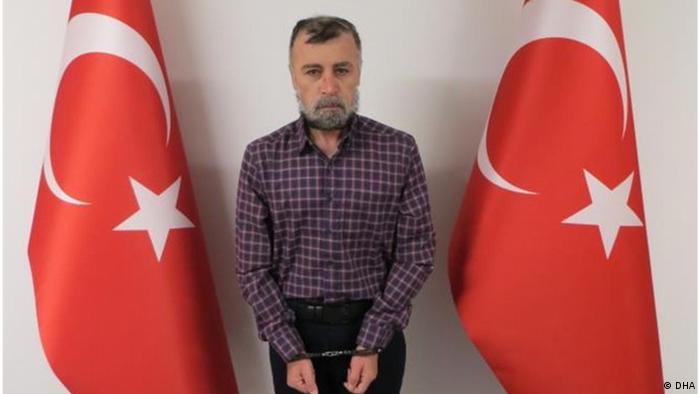 In Ukraine, Bozkir later applied for political asylum, fearing Turkish authorities would eventually turn against him despite his involvement in many state-sanctioned operations.

Following his asylum request, Turkey issued an Interpol red notice calling for his arrest in connection with the 2002 murder of Turkish academic Necip Hablemitoglu, a case that has remained cold for two decades. Bozkir has categorically denied any involvement, according to his Ukrainian lawyer.

“I have carefully read the documents provided by the Turkish side,” Roman Denysiuk, who represented Bozkir at his extradition hearings, told DW. “The evidence is very doubtful. There is no direct evidence of his involvement in the murder of this professor.”

The former arms dealer was still fighting the extradition request when he was abducted, with Ukrainian judges having yet to issue a final ruling. The Turkish and Ukrainian governments did not respond to DW’s repeated requests for comment regarding the extrajudicial Turkish operation on Ukrainian soil.

“The only thing I can say is that according to the laws of Ukraine, what the Ukrainian security service has done is illegal — it is an excess of power, and they can be held criminally liable,” Denysiuk added. 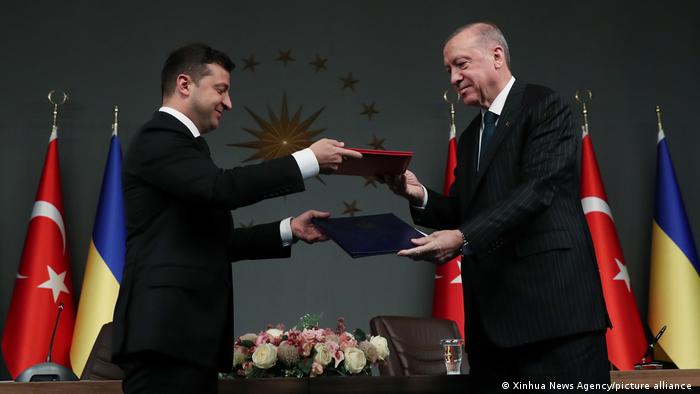 Nuri Bozkir is not the first person to be targeted for revealing details about Turkey’s clandestine arms trafficking networks.

In 2015, Turkish journalist Can Dündar broke the news on how Turkey was arming militant groups in Syria. He was later charged with revealing state secrets and sentenced to 27 years in prison. He narrowly escaped an assassination attempt, and now lives in exile in Berlin.

Commenting on Bozkir’s arrest, Dündar told DW that the Turkish government uses tactics such as extraordinary renditions and exaggerated criminal charges to silence critics and prevent whistleblowers from coming forward.

“This is standard practice by the Turkish government — silence those who want to bring to light the state’s dirty deeds. Those in power know that Bozkir is one of the black boxes of their corrupt system, and when that black box is opened, all their filth will be exposed,” Dündar said.

The Washington-based pro-democracy organization Freedom House has identified Turkey’s involvement in at least 58 cases of extraordinary renditions since 2014, largely targeting dissidents and perceived enemies of the state.

Turkey’s transnational campaign is “notable for its heavy reliance on renditions, in which the government and its intelligence agency persuade the targeted states to hand over individuals without due process, or with a slight fig leaf of legality,” Freedom House said in a 2021 report. 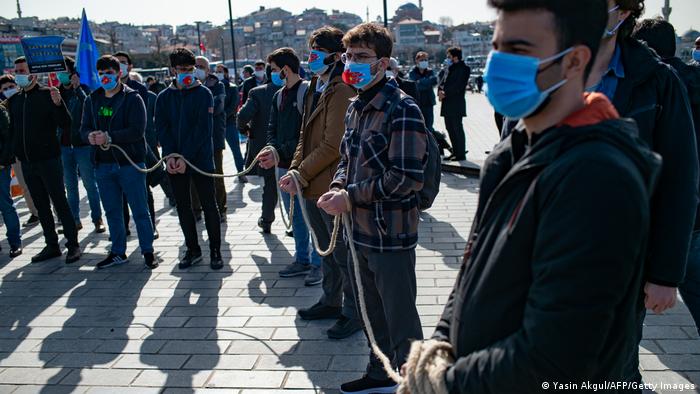 The abduction was announced last Wednesday, a week prior to President Erdogan’s official state visit to Ukraine on Thursday, at a time when Kyiv is courting international partners amid Russia’s military buildup at its border.

Experts believe Ukraine is willing to make concessions to would-be allies in exchange for support amid the crisis, especially after Western partners like Germany tempered their military aid to the country.

“Turkey is the guardian of the straits; it has the most capable navy of the non-Russian littorals,” said Gustav Gressel, a senior policy fellow at the European Council on Foreign Relations, referring to the areas near a shoreline. “So, for Ukraine, it is important to have Turkey on its side — as far as possible.”

Over the past two years, NATO member Turkey and Ukraine have bolstered defense industry ties, including an agreement by Turkish drone-maker Baykar to build a production facility near Kyiv for its popular Bayraktar TB2 drone. The Ukrainian government has also dubbed Turkey “one of its key economic partners.”