Ukrainian President Volodymyr Zelenskyy on Wednesday accused Russia of trying to “erase” his country and its history.

Russia launched an invasion of Ukraine six days ago with attacks on the capital, Kyiv, and other cities. Since then,  hundreds of thousands of people have fled to safety in neighboring countries.

Speaking in a video address, Zelenskyy claimed that almost 6,000 Russian soldiers had been killed since the invasion began on Thursday, adding that Moscow cannot win the conflict with rockets and bombs. 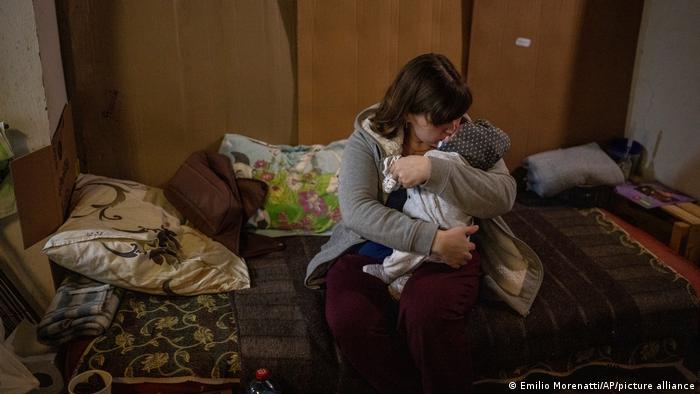 Zelenskyy also condemned a Russian missile strike that hit a television tower in the capital and damaged the site of a Holocaust massacre, saying it shows that “for many people in Russia our Kyiv is completely foreign.”

“They know nothing about our capital. About our history. But they have an order to erase our history. Erase our country. Erase us all,” he said. Ukrainian authorities said five people were killed in the strike near the Babi Yar Holocaust memorial. During World War II, German occupying troops killed more than 33,000 Jews at the site.

“We all died again by Babyn Yar. Although the world has promised again and again that it will never happen again,” said Zelenskyy, who is Jewish.

Russian forces have faced tougher than expected resistance since the invasion began and have not released their own casualty figures.

On Wednesday, Russia’s army claimed to have taken control of the southern city of Kherson, while shelling continued in Mariupol and Kharkiv. Meanwhile, a massive Russian convoy has been inching towards Kyiv from the north.