Village Roadshow Entertainment Group, a longtime partner with Warner Bros. Pictures and a co-producer on “The Matrix: Resurrections,” is suing Warner Bros. for breach of contract over the release of the film on HBO Max, saying that it’s part of coordinated efforts by the studio “to eviscerate the significant value of Village Roadshow’s intellectual property in order to prop up the new HBO Max streaming service.”

Village Roadshow’s lawsuit was filed in Los Angeles Superior Court on Monday and obtained by TheWrap. It claims that despite more than 25 years of collaboration on producing and distributing 91 films, during which the suit says Village Roadshow has paid WB more than $4.5 billion in that span, WB is now trying to shut Village Roadshow out of its legal rights to co-own or co-finance future sequels, prequels, spinoffs and other works it co-owns with the studio.

“As detailed in the complaint, Village Roadshow’s copyright ownership gave it the most sought-after rights in Hollywood: the perpetual right to co-create, co-invest and co-own the derivative rights to extremely successful tent pole films and franchises,” Mark Holscher, a Kirkland & Ellis litigation partner who represents Village Roadshow, said in a statement. “Warner Brothers has a fiduciary duty to account to Village Roadshow for all earnings from the exploitation of the films’ copyrights, not just those it can’t hide through sweetheart deals to benefit HBO Max.”

Representatives for Warner Bros. did not respond to a request for comment.

Among the claims, Village Roadshow is saying Warner Bros. breached contract and did not follow industry standards by releasing “The Matrix Resurrections” day-and-date both in theaters and on HBO Max the same day for its first month of release.

It goes on to accuse WB of fully knowing that the film’s release date shift — from April 2022 to December 2021 — was done specifically to boost HBO Max subscribers and would knowingly tank the film’s box office. It even quotes WarnerMedia CEO Jason Kilar as saying “We’d make the same decision again,” even though that decision “ensured that ‘The Matrix Resurrections’ would be a bust at the box office…[and] inflicted serious harm to the entire ‘Matrix’ franchise.” 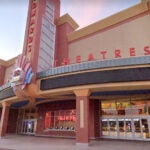 “The Matrix Resurrections” made $37.2 million at the domestic box office, but it has also grossed $153 million worldwide. The film is also the final movie Warner Bros. released day-and-date through HBO Max, with the studio adhering to its plan to only release its 2021 slate in this manner.

The complaint also alleges that Warner Bros. is trying to deprive Village Roadshow for contractual rights to other films and properties, among them “Wonka,” which the lawsuit says WB believes the film is not a prequel to Village Roadshow’s “Charlie and the Chocolate Factory” from 2005, despite it being about the same Roald Dahl character in Willy Wonka. They also say that Warner Bros. has insisted on Village Roadshow planning to relinquish rights on a series based on the Tom Cruise film “Edge of Tomorrow.”

According to an email quoted in the complaint, WB executive Dave Brown told Village Roadshow that “I’d like to get to a place where we are setting expectations,” that “WB would not ‘proceed on any project with Village Roadshow as a co-financier’,” and that, because Village Roadshow would not relinquish its rights to the film “Edge of Tomorrow,” the studio would then “’forgo further development of this title’.” 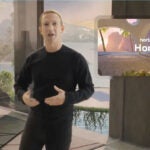 “If Village Roadshow won’t give up its rights, WB will make sure they are worth nothing,” the complaint says.

Village Roadshow is seeking declaratory relief, injunctive relief, and specific performance, which the complaint alleges is expressly allowed under the terms of the parties’ agreements.

Village Roadshow’s complaint follows a lawsuit last summer from Scarlett Johansson over the release of Marvel’s “Black Widow” both in theaters and as a premium access title through Disney+, saying that the release shift breached her contract. Disney and Johannson settled the suit in September.