After weeks of preparations, Russia has launched the Vostok 2022 (East 2022) military drills. Over the next few days, the air force, paratroopers and other units will be testing their combat readiness across 13 military training grounds in Russia, with exercises held in Siberia, the Far Eastern Federal District, the Sea of Okhotsk and the Sea of Japan.

While Russia’s leadership is keeping the exact number of troops involved a secret, some 50,000 soldiers, 140 airplanes and 60 naval ships are thought to be participating in Vostok 2022. This year’s exercises are bound to be smaller than those of 2018, however, when Moscow dispatched some 300,000 soldiers for drills — the highest number ever to be mobilized since the Cold War ended. 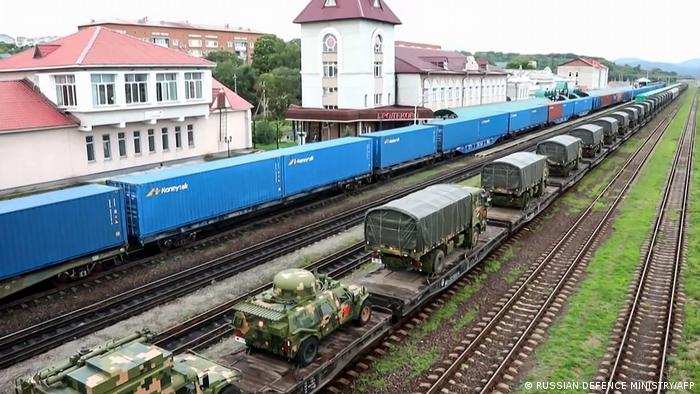 Chinese military hardware being deployed to Russia for drills

Numerous other nations are joining the large-scale exercises, drawing broad international attention. The messaging is clear: Russia wants to signalize to the West it still has strong, loyal allies and can hold major drills despite the war in Ukraine.

The People’s Republic of China is Russia’s strongest partner at this year’s Vostok drills. Back in 2018, Beijing sent several thousand soldiers to join the exercises and thereby underscore its solidarity with Moscow. Even though China was seen as Russia’s strategic rival, Chinese figures were involved on all levels of the 2018 Vostok drills. In years prior, Moscow had partnered up with many states that were once under Soviet control.

Russia’s invasion of Ukraine did not prompt Beijing to pull out of this year’s drills. On the contrary. According to China’s Defense Ministry “the goal is to develop more practical and friendly collaboration with the armies of participating states, enhance the level of strategic cooperation among participants, and strength our ability to respond to various security threats.” Earlier this week, Chinese troops began arriving in Primorsky Krai, in Russia’s Far Eastern Federal District. 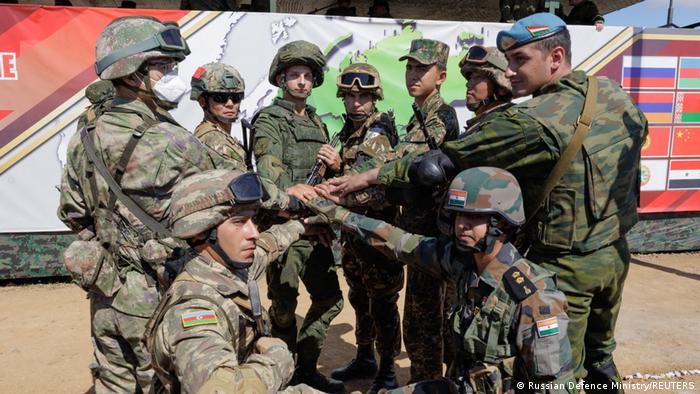 Soldiers pose during an opening ceremony for the Vostok 2022 drills

This is not their first drill since the war in Ukraine began. In May, Russia and China sent bomber planes on joint exercises around Japan and South Korea. Indeed, in early February, both states pledged their friendship would have “no limits.“

That said, China has not actively supported Russian forces in Ukraine with troops or heavy military equipment.

India, like China, has avoided condemning Russia’s attack on Ukraine. This is because India is attempting a balancing act whereby it provides humanitarian aid for Ukraine, yet also maintains close cooperation with Russia. India has been buying large quantities of Russian oil, for instance, since the West imposed its sanctions on the country.

Delhi is also engaged in military cooperation with the United States. Just recently, Indian soldiers and US special forces trained together near the Chinese border. 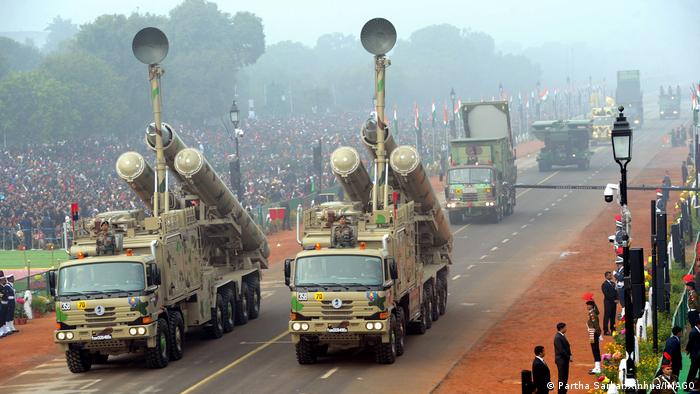 Several weeks ago, India media outlets began reporting on Indian troops slated to participate in Vostok 2022. Both countries, Russia and India, share a long history of arms sales and military collaboration. Rumors have surfaced that India may want to buy a Russian hypersonic long-distance bomber.

Even so, India’s contribution to Vostok 2022 will be limited. Media reports indicate that no more than 75 military personnel may join the drills. Last year, India dispatched forces to Russia’s Zapad exercises in the country’s west.

In winter 2022, Belarus served as a staging ground for Russian troops ahead of their invasion of neighboring Ukraine. Russia at the time claimed its 100,000 troops were stationed there only as part of a joint military exercise. Belarusian strongman Alexander Lukashenko has so far not sent his own troops into Ukraine.

It is, however, sending a small contingent of soldiers to this year’sVostok drills. The Belarus Defense Ministry says no more than 250 soldiers from a mechanized brigade will join the drills.

It is hardly surprising that Tajikistan and Mongolia are also participating in the large-scale exercises. Both nations, after all, maintain close military ties with Moscow, and depend on Russia economically. Mongolia’s participation may also stem from its desire to establish and maintain good relations with its other neighbor, China.

Aside from the political symbolism of their involvement, Tajikistan and Mongolia will also be eager to see Russian military hardware in practice.

This article was originally published in German.