Why cancer is often a death sentence in Africa

Lilian Gasper is an oncologist at the Kilimanjaro Christian Medical Centre (KCMC) in Moshi, located just south of the eponymous mount in Tanzania. The consultant says she sees more patients these days than in previous years.

“However, few patients really know about cancer,” she told DW. This is why she also visits surrounding villages in the hope of educating more people about the symptoms of various cancers, helping them to detect disease early.

“We show women techniques to scan their breasts and offer consultations in our mobile clinics,” she says. “We offer imaging solutions for [detecting] breast cancer and also offer vaccinations for young girls against cervical cancer.”

But an overall lack of knowledge among the population isn’t the only challenge cancer specialists face in many parts of the continent. Above all, there’s a shortage of medical equipment.

German physician Oliver Henke — who helped set up the new cancer ward at KCMC Hospital in Moshi in 2016 — says finding a cancer specialist anywhere in Africa can be difficult.

“If we exclude the North African countries and South Africa, the rest of the [African] countries suffer from an overall sense of poor coverage in terms of specialists and staff,” he told DW.

Only 20 cancer specialists for an entire country

In Tanzania — a country with a population of over 60 million — fewer than 20 doctors are specializing in cancer care, says Henke. In addition, only three hospitals offer cancer therapies, and only two of those three have the equipment for radiation therapy. In Moshi, for example, there are plans to open a radiation center in the future — but there still isn’t enough money to do so.

The clinics that do offer treatments are often overbooked, Henke adds. As a result, many cancer patients have to travel for a couple of days to receive treatment.

On top of everything else, cancer treatment in Tanzania is far from being a free service.

“Only 8% of Tanzanians have adequate health insurance that covers cancer,” Henke says. “The others have to pay out of their own pockets, collect donations or try to participate in free aid programs.”

This is part of why most cancer patients seek out traditional healers first — not realizing that they cannot cure cancer.

By the time they overcome all of these obstacles and see a specialist, it’s already too late for many people. Gaspar explains that “many patients only come when they are already showing symptoms due to the lack of routine examinations,” which can be fatal.

Henke also confirms that about 80% of patients only come to seek help when the cancer is no longer curable.

But there is also another issue at stake that may contribute to higher death rates across Africa: Genetics. Henke says evidence suggests that “prostate cancers appear earlier in African men and are generally much more aggressive.”

More aggressive forms of breast cancer are also more common in African women than German women. According to Henke, these differences are “very likely genetic.”

Meanwhile, the World Health Organization (WHO) projects that cancer cases worldwide will nearly double between 2018 and 2040. Factors behind this forecast, include the growth in the global population and the steady increase in life expectancy around the globe.

A team of scientists — most of whom work at the Pasteur Institute in Tunisia — conducted a study on cancer trends on the African continent. Their research, published in 2021, revealed that growing affluence across Africa is also a risk factor for cancer.

Lifestyles are shifting alongside changing disposable income levels, with “urbanization, various forms of pollution, more tobacco and alcohol consumption, and diets high in meat, sugar and processed foods” all contributing to an increased risk. 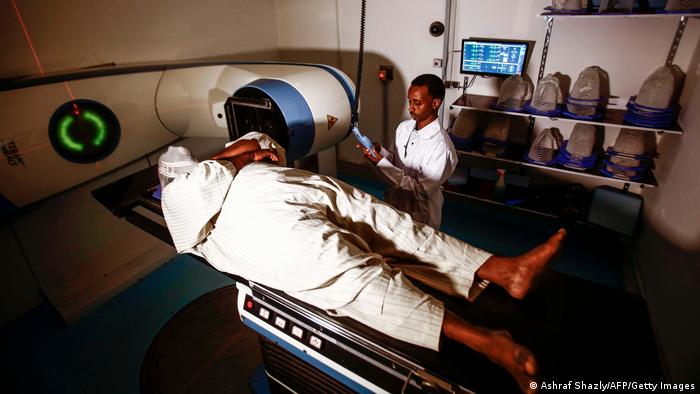 Oncologist Henke says that an estimated 30% of all cancer cases in sub-Saharan Africa are caused or exacerbated by infections. Above all, this includes cervical cancer, which is usually the result of a long-term Human Papilloma Virus (HPV) infection.

Gasper says that the risk factors for transmitting the virus include having sex without barrier protection (usually a condom) or having multiple sexual partners. Unfortunately, many people don’t realize the magnitude of these risks, partly because the narrative on sexually transmitted diseases in Africa has focused solely on HIV/AIDS for decades.

According to The Cancer Genome Atlas (TCGA) project, cervical cancer caused the highest number of deaths in more than half of the countries in sub-Saharan Africa in 2018. And the study from Tunisia confirms that there is a high mortality rate for cervical cancer in Africa: In 2018, more than 75% of all affected women in East, Central, and West Africa did not survive.

The mortality rate declined in southern Africa in recent years, while it has increased in all other African regions over the past four years. Although vaccinations against this type of cancer are available, Gasper says that vaccine skepticism is high based on her experience in Tanzania. 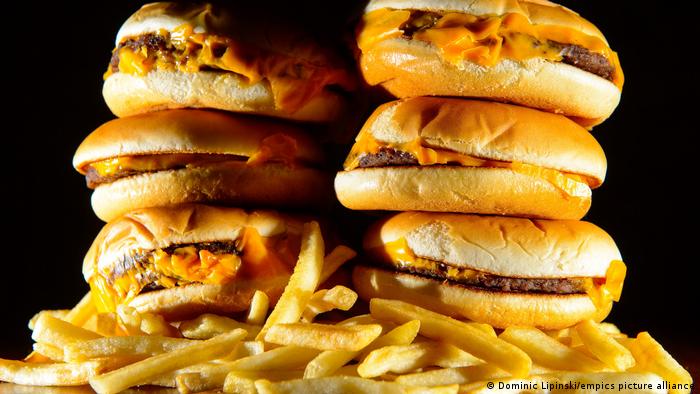 The study from Tunisia also highlights that lung cancer is on the rise in northern and southern Africa. In South Africa, this type of cancer caused the most deaths in 2018, according to TCGA.

Lorraine Govender, a health promotion manager at CANSA, South Africa’s oldest non-governmental organization working to help eradicate cancer, is concerned about the lack of official screening programs against lung cancer in her country.

Although South Africa is considered a middle-and upper-income nation, Govender says there are still massive inequalities in cancer treatment. Currently, only private health insurance is available in South Africa, which offers varying degrees of services and protections.

This means that the quality of care is low, especially in rural areas, as there is a lack of personnel. “Most oncologists work in private clinics,” Govender told DW.

Meanwhile, the potential introduction of national health insurance in the country remains a highly debated issue in a country where poor service delivery has disillusioned much of the population, with few trusting the government to run any public program.

But any progress towards making healthcare accessible to everyone has effectively been halted, as other political issues and scandals take center stage. This puts lower-income demographics at a major disadvantage when they fall ill.

Govender believes that saving people’s lives should not depend on politics: “People are dying while we wait for new laws and a strengthening of the health sector.”