As global oil prices began to fall slightly last week, it turned out there was an unlikely candidate to thank for the change.

Although the United States has been urging Saudi Arabia to pump more oil to ease market pressures, the Saudis have not really responded to those requests in any significant way. Instead, market analysts noted, it was oil from Libya that had helped bring global oil prices back down to under $100 (€98) a barrel in early August.

After a tumultuous monthslong decrease, Libyan oil production has risen to over a million barrels a day again since mid-July. Previously Libya had only been producing about half that amount, mostly because of the country’s ongoing political instability.

Now some experts are saying that Libya’s oil may not only be key to bringing international oil markets back into balance and pushing pump prices down, but also a way of enabling lasting political stability in the country itself.

In a July commentary titled “Libya Could Make or Break Biden’s Middle East Oil Diplomacy,” author Ben Fishman argued the first point, writing that the US government needs to try harder when it comes to stabilizing Libyan politics and getting more Libyan oil onto international markets.

Fishman, an expert on Libya and senior fellow at the Washington Institute for Near East Policy, pointed out that the country is exempt from production limits imposed upon members of the Organization of the Petroleum Exporting Countries.

Responding to US President Joe Biden’s requests for increased production, OPEC countries agreed to produce only 100,000 more barrels total of oil per day in September, a comparatively small rise. Stabilizing Libyan oil production, which isn’t currently limited by OPEC production caps, could add half a million to a million more barrels of oil to the market per day. 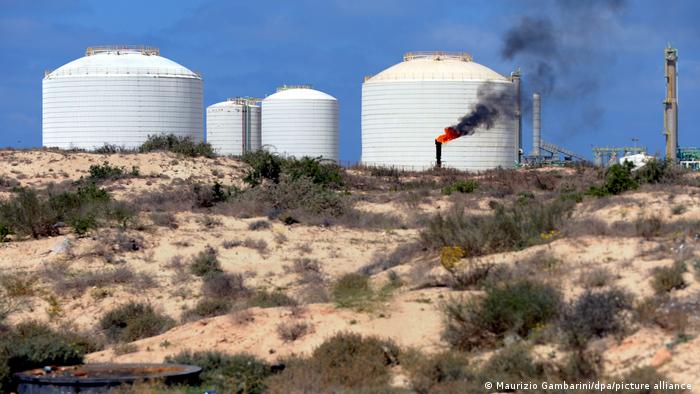 Libya has the ninth-largest oil reserves in the world

Libyans have been dealing with political instability, civil war and violent conflict ever since a popular revolution toppled the country’s former dictator, Moammar Gadhafi, in 2011.

Libyan oil has never stopped flowing, though. This is because Libya is hugely reliant on oil income, with petrol-related products making up about 94% of exports and about 60% of national income.

Over the past few years, the amount of oil income has varied greatly.

Before the 2011 revolution, Libya was producing on average 1.3 billion barrels of oil per day. That dropped to 400,000 barrels per day in 2020, according to the World Bank, as a result of the conflict between the two rival governments in the country’s east and west.

But output has since fallen again. In July, Libya produced about 589,000 barrels per day, according to Bloomberg statisticians. This was caused mostly by military blockades of local oil facilities and export terminals by tribal groups, amid wrangling over who should head the country’s all-important National Oil Company, or NOC, the only organization that is allowed to export oil overseas.

The most recent blockade ended mid-July, when the government in western Libya agreed to appoint Farhat Bengdara as new head of the NOC.

Bengdara is seen as an ally of Khalifa Hifter, a powerful militia leader in eastern Libya. The tribal groups who had been blockading oil production facilities are also allied with Hifter and the appointment of Bengdara was seen as a way for the western Libyan government to appease eastern Libyan power brokers such as Hifter and get all-important oil flowing again.

Libya’s Oil Ministry had previously announced that, within the next five years, the country would seek to produce 2-2.5 million barrels per day. Adding that much oil to the market on an ongoing basis would make a large difference to global prices.

There’s also Libyan gas to consider. Thanks to its proximity, Libya also has the potential to become a gas supplier to Europe.

Currently most Libyan gas flows into Italy, and, in April, the Italian ambassador to Libya, Giuseppe Buccino, said he believed that a 30% increase in gas exports from Libya would be possible with sufficient investment.

As Tarek Megerisi, a senior policy fellow specializing in Libyan politics at the European Council on Foreign Relations, put it in a July advisory: If Europeans help in Libya, “they can weaken a major Russian foreign policy interest, stabilize a key energy route between North Africa and Europe, and transform a source of instability into a valuable partner.”

Russia is just one of the countries seen as trying to exert influence in Libya. The others include Turkey, the UAE and Egypt, and these are all seen as increasingly Russia-friendly. The UAE has been accused of being a prime mover behind the NOC’s leadership change, and Russian mercenaries from the notorious Wagner group support Hifter and are stationed near eastern Libyan oil facilities.

Stabilizing Libya’s oil and gas production should be about more than just international interests, Emadeddin Badi, a senior fellow at the Atlantic Council who focuses on Libya, told DW.

It could also be an important first step toward genuine resolution of Libya’s political problems, which have worsened since elections were canceled last December. Recently there have been protests again as prices rise and a political deadlock grinds on.

“Addressing the vulnerabilities in Libya’s petroleum product sector is complicated,” Badi wrote in a June report on the Libyan oil industry for Germany’s Friedrich Ebert Foundation. However, these challenges may in fact be “more readily addressable than some of the other major dynamics driving Libya’s fragility.”

It may sound optimistic, but, Badi said, “we just see a broad dialogue around resource sharing as a prerequisite to long-term stability. The blockades are being used as a tool of economic warfare. Allowing that precedent to be set is a bad idea for anybody who is concerned about the long-term stability of Libya and the long term stability of its gas and oil sector.” 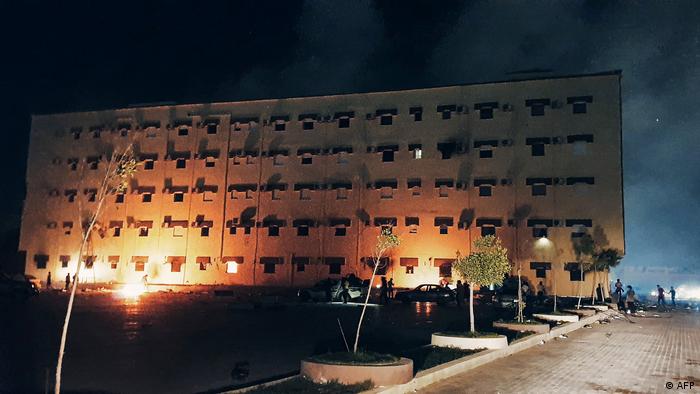 Not everyone believes that oil is the answer though.

“Look at 2019,” he argued. Oil production was high and the NOC behaved responsibly, he continued. At the same time, he continued, Tripoli was being bombed and Hifter was conducting a military campaign that left thousands of Libyans dead, wounded and displaced.

“What matters is power, not [oil] revenues or a fair distribution of them,” Harchaoui concluded. The more power various actors like Hifter have in Libya, the more they will try to take more than their fair share, he explained. And unfortunately, Harchaoui concluded, they may never be satisfied.