It is the stuff of management dreams – a blank cheque to build the most exciting young starting XI in world football.

But that is exactly what new BBC Sounds podcast Wunderkids is offering, in fantasy form at least, over its 11 episodes. The first two episodes are available to listen to now.

The Wunderkids team, in conjunction with BBC Sport, have come up with 11 players and presenter Steve Crossman will be joined by experts to discuss the latest inclusion, with one new player revealed each week.

The criteria are simple – each player must be young and have the potential to become the next superstar in their position.

But we are not going for the obvious names – the likes of Kylian Mbappe, Erling Braut Haaland or Jadon Sancho – we are looking at the players who are still on the verge of making the breakthrough into the big time.

In the first episode, we filled one of the striker positions with new Manchester City forward Julian Alvarez and in this week’s episode we are looking at the right-wing spot. Taking his place in the team is Bayer Leverkusen’s Florian Wirtz.

Wirtz has been billed as the next Kai Havertz but, for many of those who have seen his progress, the 18-year-old is more than just a successor to the German midfielder.

Wirtz replaced Havertz in the Leverkusen team after the latter joined Chelsea, stepping up after being fast tracked through the youth team just six months after joining the club from Cologne.

Havertz was Leverkusen’s youngest debutant and goalscorer but Wirtz has taken those two records and he is seen as being further down the development road than Havertz was at the same age.

Wirtz’s family background suggests a sporting career was always on the cards. His elder sister Juliane is a professional footballer with Leverkusen women’s team while his mother is a handball coach and his father owned and managed the local football club Wirtz played for as a child.

What does the expert say?

“It is not uncommon over here that in youth football your family is a main part of that club. For Wirtz, it was his dad.

“His father has dubbed him a perfect number 10 for two reasons – because he is the 10th child in his family and because he is a number 10. He is a great attacking midfielder who can also play as a right-winger.

“Growing up in Cologne and being recognised in Cologne was a big deal. He suddenly rose to fame there. He wasn’t played much in the under-17s in the first half of the season, but he came through in the second half of the season and in 10 games he scored around three goals and got two assists and absolutely amazed everyone.

“His coaches could see he was always good but it was a sudden rise to fame. There was one viral clip where he scored from the halfway line and that is what really exploded his career and image. He was suddenly being looked at by loads of clubs, but with Leverkusen being close to Cologne and with his sister there, he decided to go there.”

What does the fan say?

Julia from The Neverkusen Podcast.

“Florian is such a special talent. He is the most talented 18-year-old player in Germany. We have just had Kai Havertz and I didn’t expect we would have another player like him so soon.

“Wirtz has developed so incredibly fast. He has such a good technique, he is so fast and he has an impressive game intelligence.

“At Leverkusen he has the chance to become one of the best footballers in the world.” 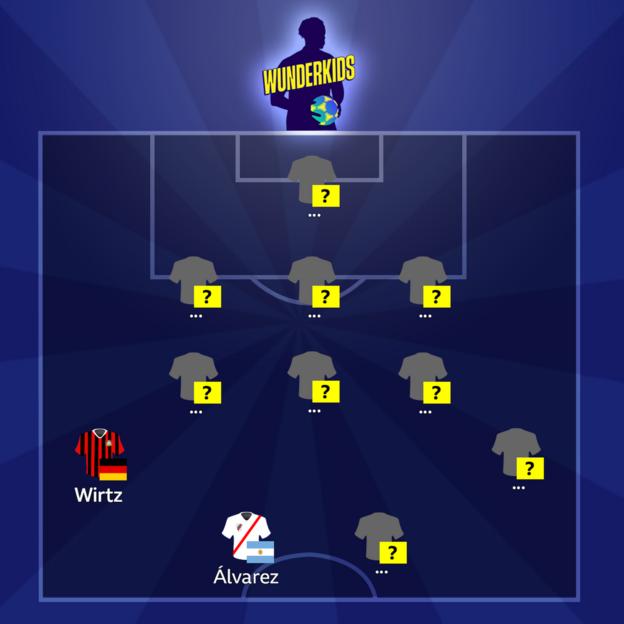